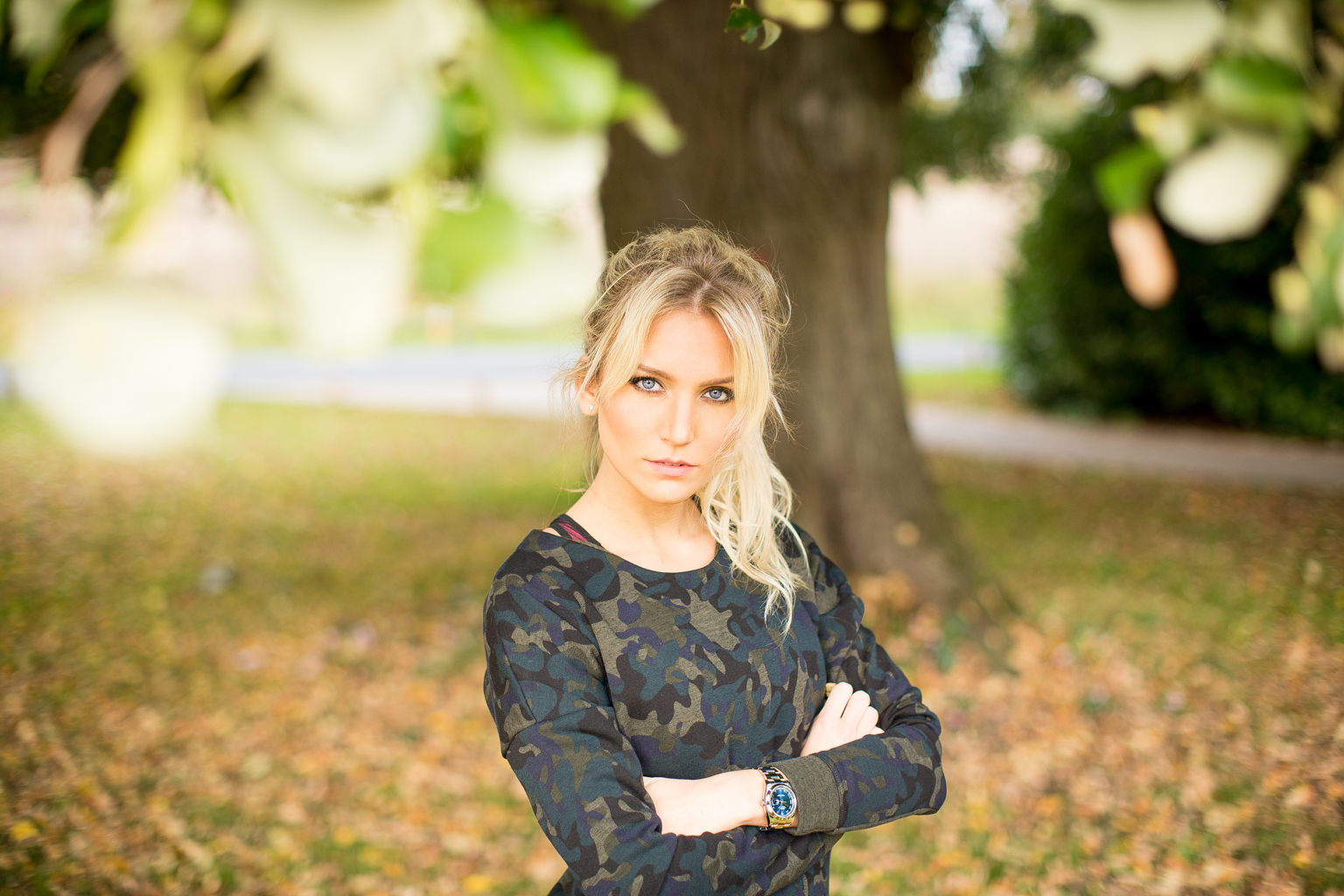 The summer may be well and truly kaput, yet your travel aspirations invariably live on… The deluge of the past week has unquestionably marked the seasonal transition to Autumn, and whilst we weren’t exactly travelling abroad en-mass over the summer, the ‘Blighty staycation’ certainly came in handy as a welcome relief from cabin fever. Whilst I have around 8 more weeks until my little one bids a hello to the big wide world, I will try to punctuate the weekends with a few more mini countryside/coastal getaways. Given my size as a heavily pregnant woman, the items filling my getaway bag look altogether different to my usual Active Escapes! This post shows 10 key essential items I pop in the bag when I’m after a wellbeing escape to some wonderful part of the country, as you might be considering this ‘fall’! Read on, dear reader… END_OF_DOCUMENT_TOKEN_TO_BE_REPLACED 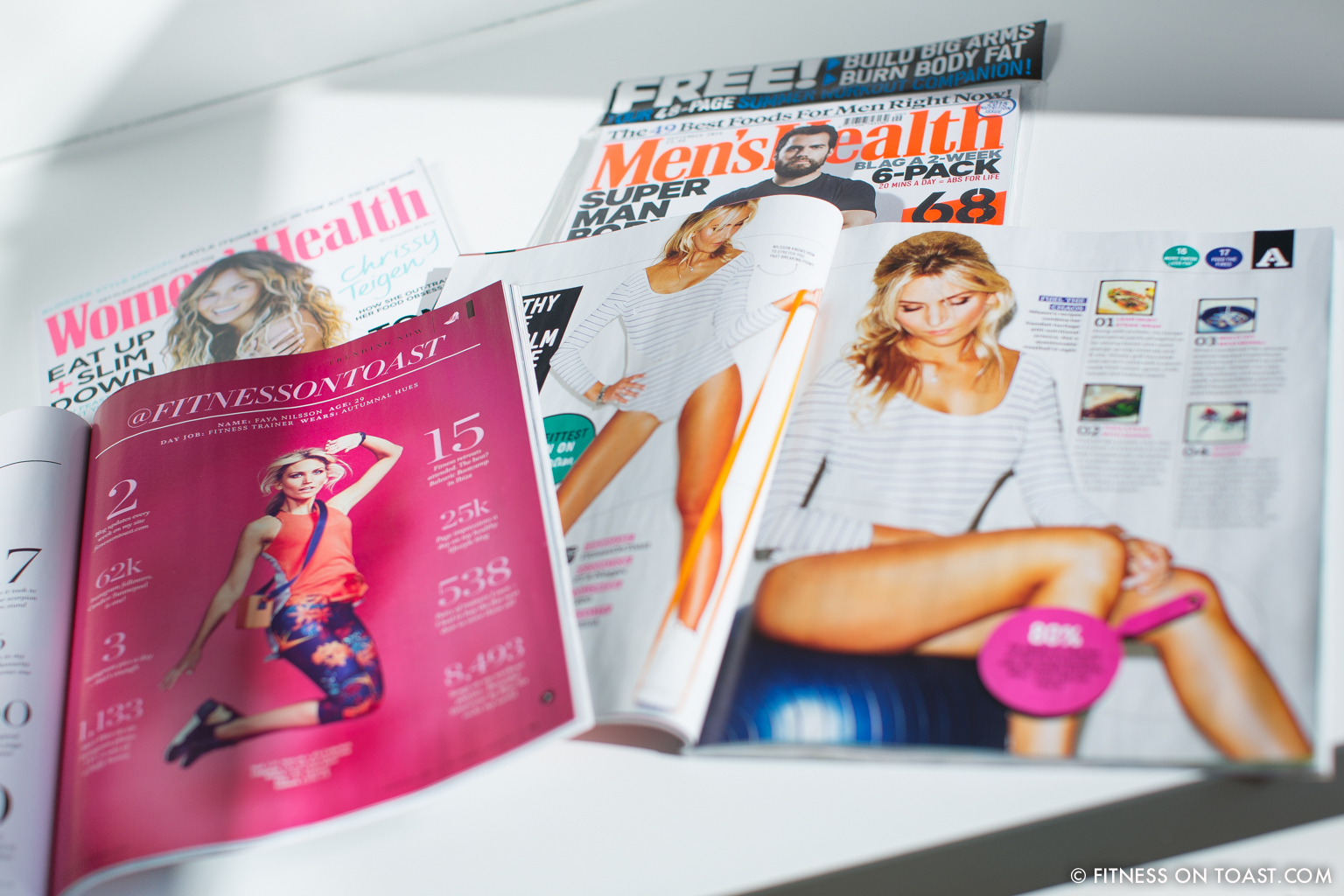 A super quick post to say how thrilled I am to have featured in two of my ultimate ‘wellness bibles’ this month – Women’s and Men’s Health. I’m a massive fan of both magazines, and routinely flick through them to access fresh inspiration, so it’s an absolute dream to be a part of them! In Men’s Health I’m wearing a gorgeous blue and white striped ‘Leda body suit‘ by Lucas Hugh (the founder of which I interviewed HERE) paired with some white high wedged Converse trainers. In the Women’s Health shoot I went all autumnal, with an asymmetric top from NikeLab, Casablanca Active capris from We Are Handsome, and a mean pair of Y3 shoes! The magazines are out now, so feel free to pick up a copy and let me know what you think 🙂 Faya x

In this post, I’m in the heart of Soho, New York (on 45 Crosby street to be precise) at c. 6:30 am, soul searching… on a bicycle! SoulCycle is a class I’ve been meaning to try for ages, having seen countless friends & clients back in London rave about it. So here I am, a bit too excited to be booked in to the super-early-morning class (though theres one even earlier!), burdened with jet lag and crammed into a miniature studio along with a large group of seriously energetic pre-office New Yorkers. Here follows my review, but since guests aren’t permitted to take any photos inside the studio, I thought I’d include these amazing photos of the view of New York, all taken from the roof terrace of my stunning hotel, The Mondrian. I wore the lovely new collection from an old favourite, Striders Edge for my SoulCycle class, and a pair pink summery Asics trainers and for a cheeky drink on the terrace too! See more BELOW…

END_OF_DOCUMENT_TOKEN_TO_BE_REPLACED 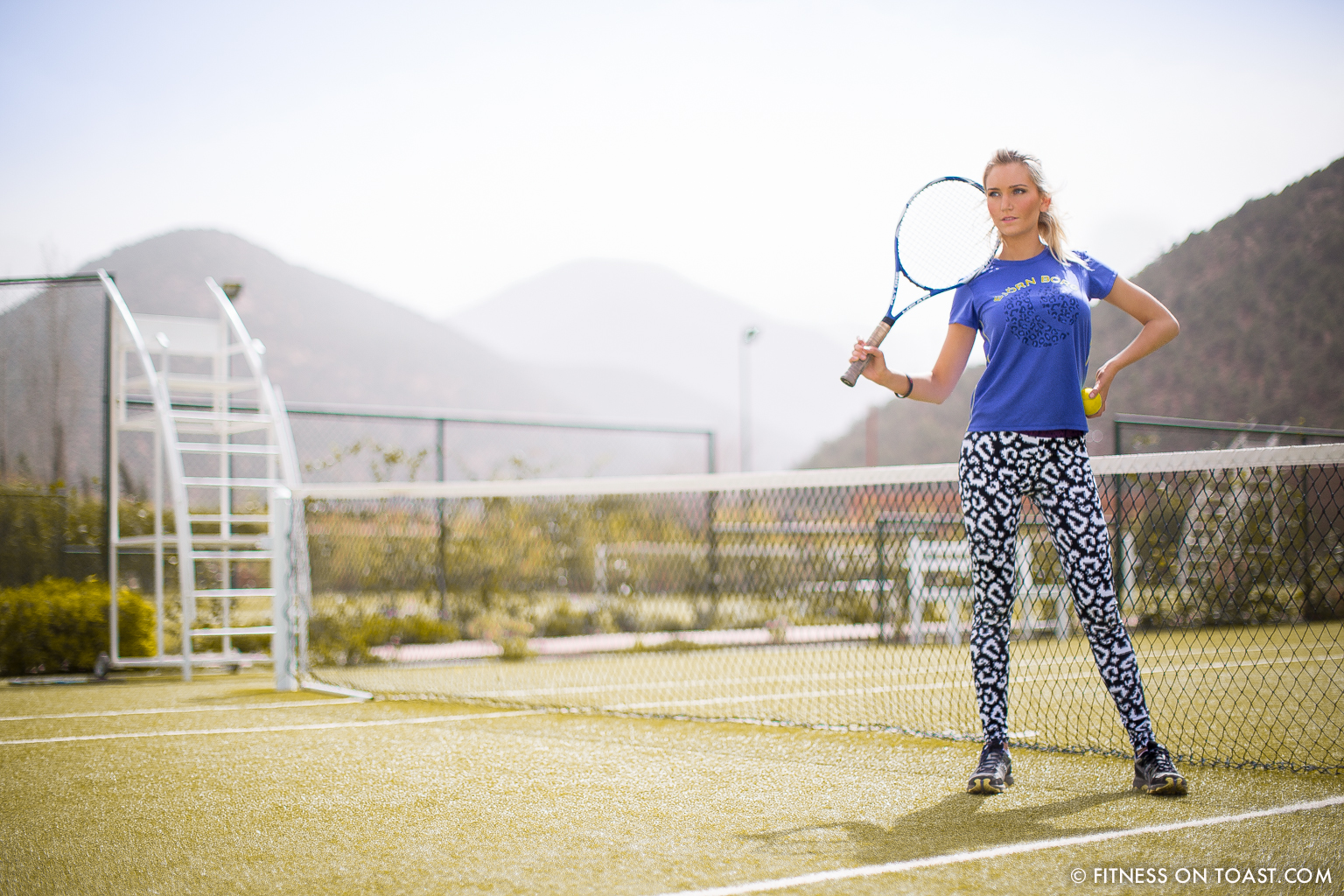 END_OF_DOCUMENT_TOKEN_TO_BE_REPLACED

Really flattered to have been featured in bright lights on the Women’s Fitness homepage. They are very complementary of the message that Fitness On Toast is all about; eating yourself fit, training yourself healthy, and dressing the part 🙂

Check it out at the following link: 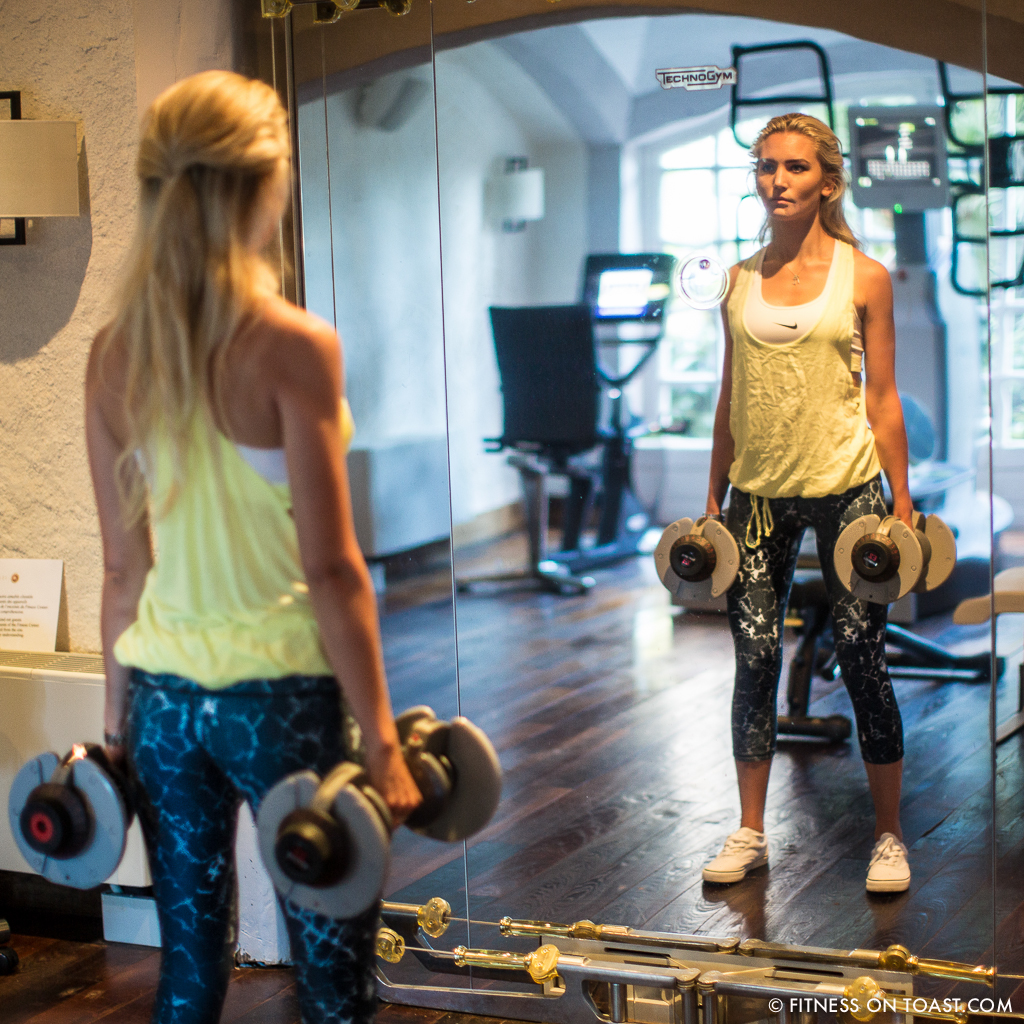