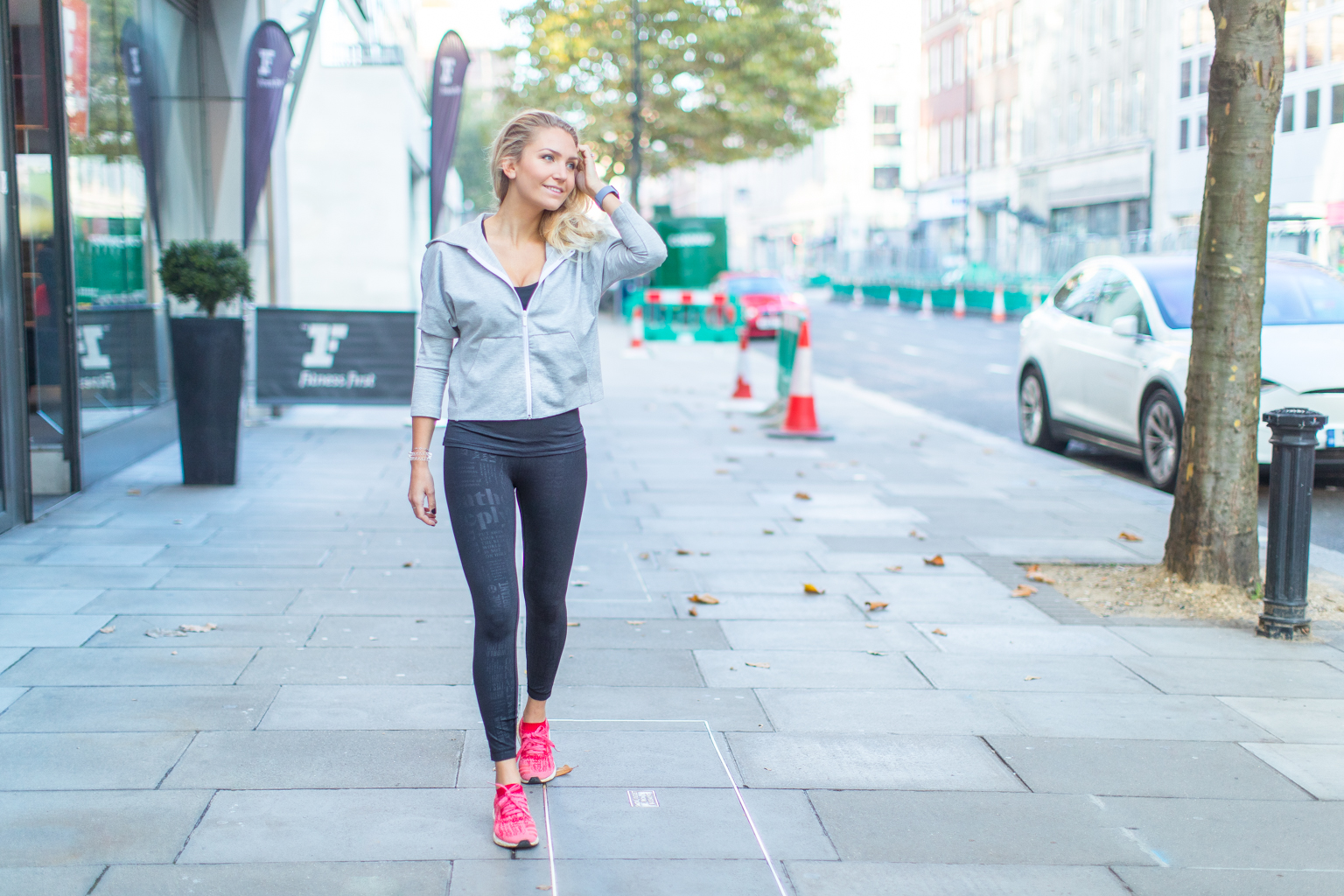 FitnessOnToast.com has always been a warm, friendly, inclusive place to share helpful, optimistic, focussed material. Well, NOT TODAY motherfos. This Gym Etiquette 101 post is motivated exclusively by burning rage and shall act as a form of cathartic therapy for me! I go to the gym on a regular basis, between 3 and 5 days per week. I consider the gym to be a shared space in which many people pay a fee to be allowed its use. However, my observation over 15+ years of gymming is that many people believe ‘once I’m a member, it’s my space’. They’re often disrespectful to the equipment, staff and other members, are messy and all too often, just really, really loud – just to name a few pet peeves. For me, I think of it as a privilege to use the gym. Yes, one pays a fee – sometimes a substantial one at that – but it’s not your property, or your private space. The better I look after the equipment, and the more respectful I am to other members, the more enjoyable and easier their time will be using the gym. In return, I’d expect the same consideration from others. So, without further ado here’s my TOP 10 of things that drive me up the wall every single time I go to the gym! Maybe you can relate to a few of them – alternatively, feel free to add your own irritations in the comments section below. I’d love to know if I’m the only one who feels this way. 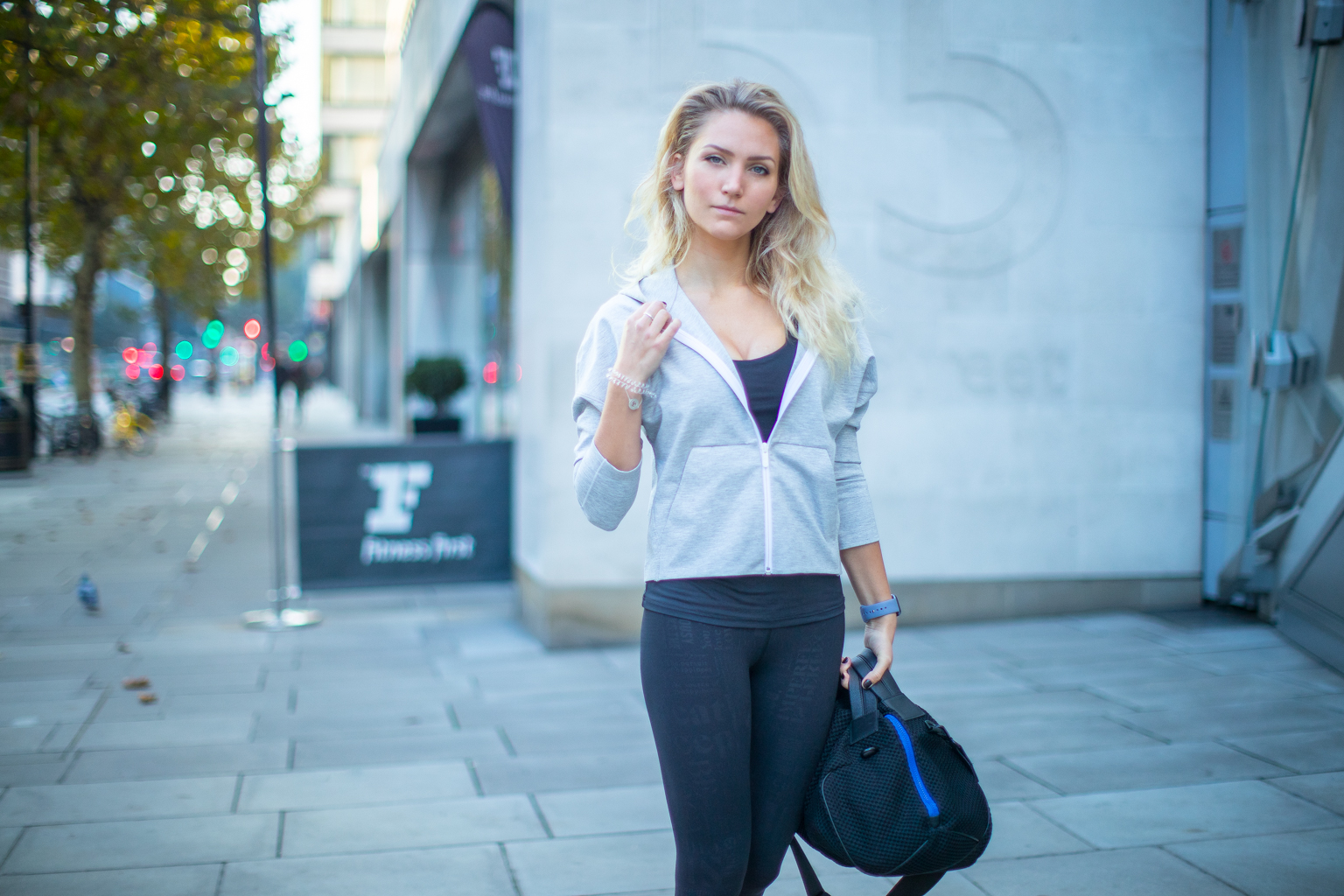 1) PLEASE HAVE SOME SPATIAL AWARENESS

Yesterday, I was doing some deadlifts and an oblivious meat-head almost walked into me – thankfully my gym buddy stopped him just in time. This is incredibly dangerous; were this chap to have collided with me, I could’ve been seriously injured, as deadlifts can already render the body quite prone to injury – add in a push from an unexpected plane, and it could be game over for your back.

Faya’s considerate tip #1: Whilst it sounds obvious, try to be aware of the space around you. At times, the gym equipment layout is planned badly. For instance, I would personally never place the squat machine near a heavy tracking area where people are frequently running / walking behind you. The likelihood of someone accidentally walking into you is greater. However, space is limited, and compromises are made. People often walk around looking at their phones whilst playing music and aren’t aware of what’s going on.

Sounding like a cow in labour whilst squatting is NOT macho, sexy or endearing, and nobody ever found this a turn on. It’s ultimately unnecessary – at times humorous, given how absurdly preposterous it can sound – but mainly it’s just annoying beyond about the 3rd rep. I know that focussed exhalation and deep breathing can be important to maximise oxygen flow and power, and that’s obviously fine, but the level and variety of noises I hear in the gym is a truly ludicrous symphony of dying animal groans.

Faya’s considerate tip #2: Don’t imitate The Hulk when at the gym. Probably no one wants to hear your stupid noises.

Shouting out something moronic to your mates across the gym floor? Studies show you’re 100% definitely an idiot. I have to laugh, because this stuff happens all the time, and the laughter therapeutically dissolves my maniacal rage. Typically, it’s a group of guys.

Faya’s considerate tip #3:If you’re about to misbrohave, stop yourself, and observe how literally nobody at the gym gives two hoots about how many grams you’re on – probably not even this ‘Bruv’ chap – who coincidentally, seems to be in all British gyms everywhere at the same time. Absolutely everyone just wants you to be quiet. 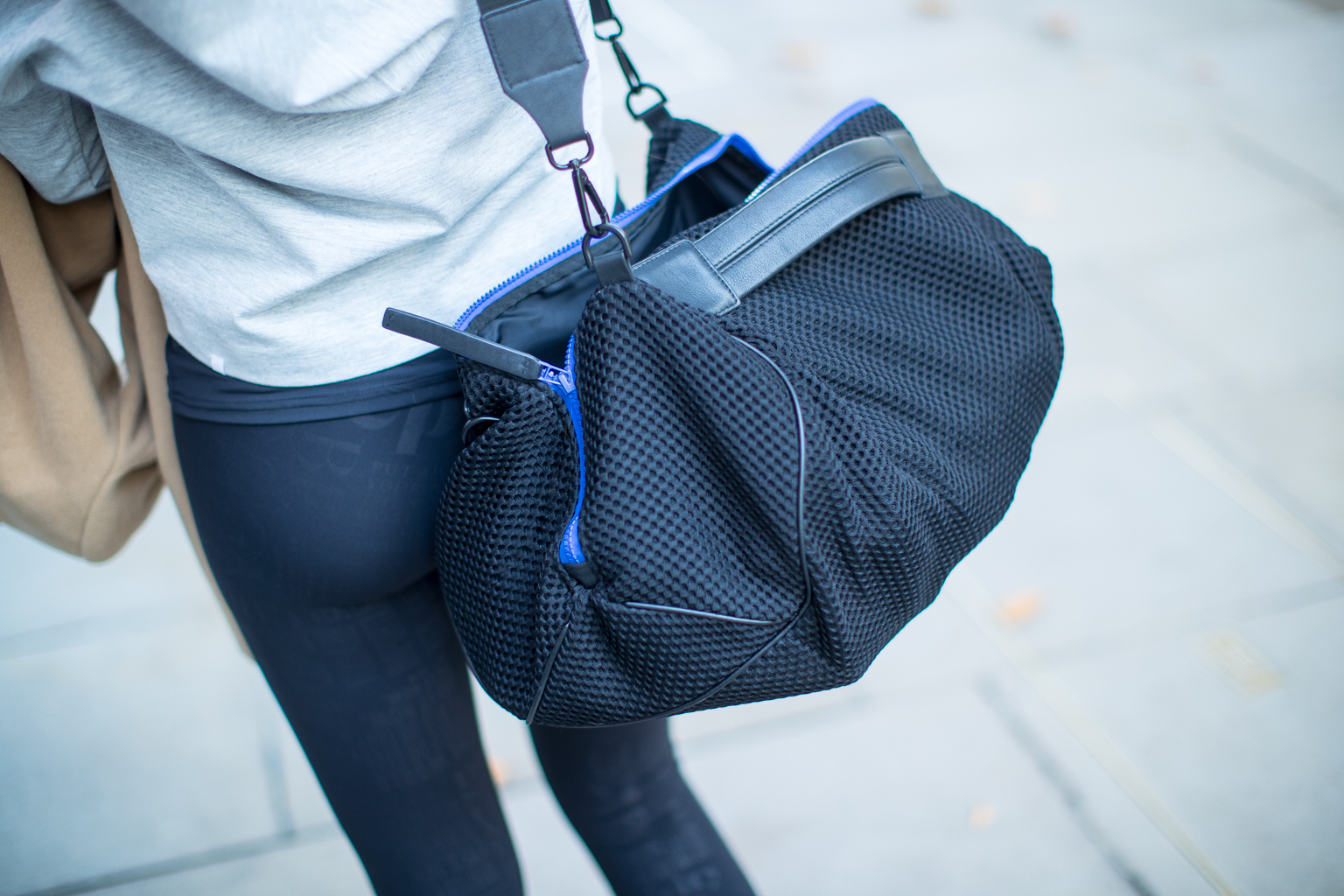 Faya’s sweaty crotch tip #1 – I recommend avoiding greys and cottons if you tend to sweat a lot. No one wants to see a sweaty crotch whilst you do a stiff leg deadlift, and the likelihood is you don’t want to show it either.

Faya’s visible crotch tip #1 This one mainly goes out to all women. Before purchasing any leggings, check in the mirror… if your pants are even mildly see-through, don’t buy them; it’s a waste of money because under the bright lights of the gym, with a little stretching, you might as well just walk around in your knickers instead and save yourself the £££. Perhaps I’m a prude, but unless I’m running along Miami Beach hoping to catch a tan, or in a Bikram class, whilst in rainy cold London, I don’t train in transparent hot pants and see through sports bra.

I swear I could see absolutely every little millimeter of one gentleman’s modesty at the gym last week. The anatomical study of the human body fascinates me – I went to see Body Worlds the other day and it was mind blowing. However, at the gym I only want to see Swiss and medicine balls. Please guys, retain a little sense mystery!

Faya’s visible crotch tip #2 – If I were a gentleman, I would consider avoiding tight lycra leggings and opt for altogether looser shorts or joggers instead. Channel your inner ‘80s dude’ and go baggy. 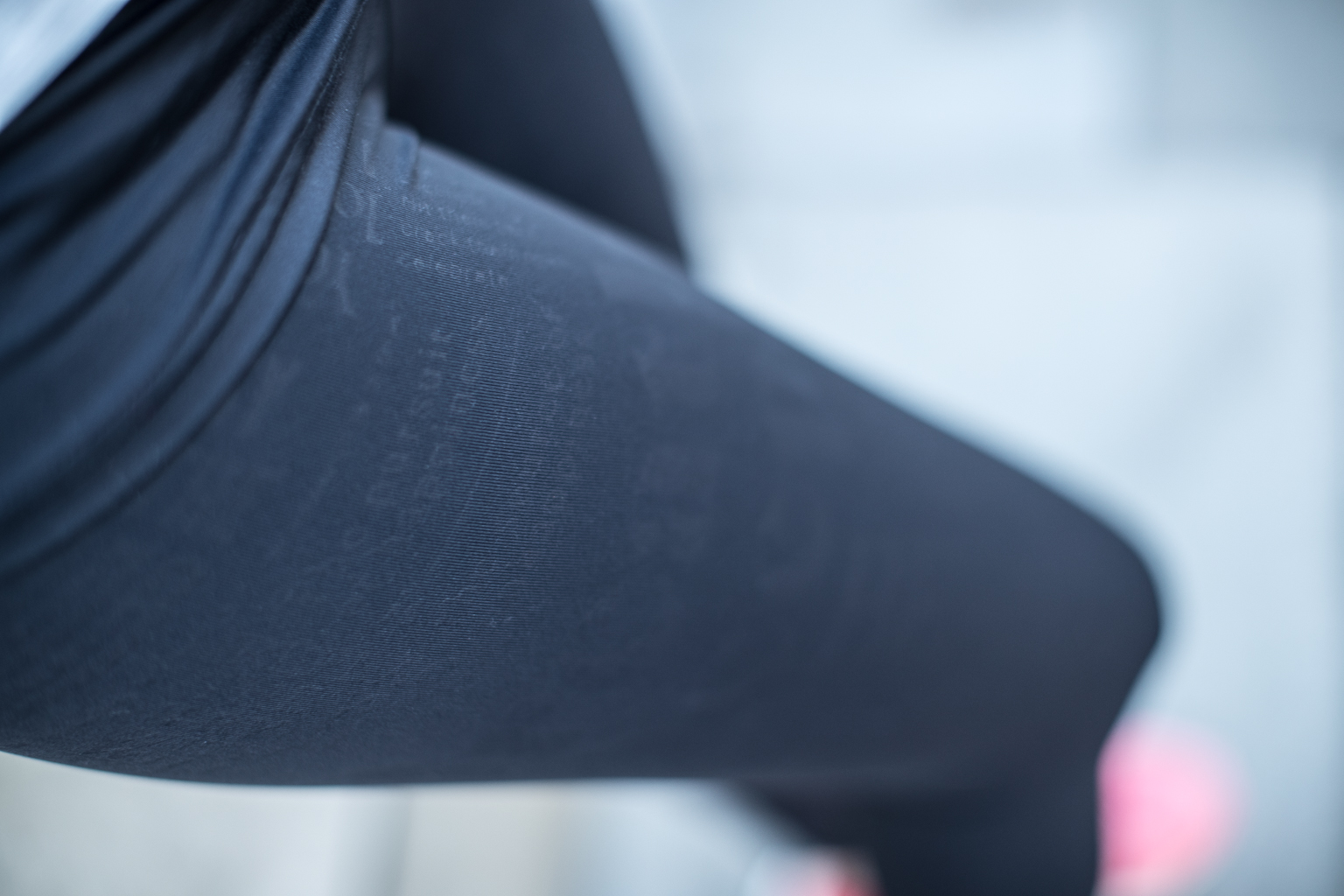 Trainers on their phones whilst training a client – well, this isn’t gym etiquette per se, but I want to throw it in here anyway as it actually upsets me. To channel Mr T, I pity the fool. A client is willing to pay you good money, and you’re on your phone looking at photos of yourself from your last body building competition? This is what gives PTs a bad reputation. You should be looking at your client’s form, correcting their technique, inspiring them, and delivering them the specialism they’ll require to get stronger, fitter, healthier!

Breaking the equipment, and in particular, dropping the cable machine; MEGA ANNOYING. In fact, this is probably what annoys me the most. We all share a space, we all pay membership, yet there is a small group of people who ruin it for everyone else. The cable machine always breaks because some meat-head muppet insists on dropping the weight after every set, therein tearing the cable. This not only confirms the unfathomable nothingness between said people’s ears, but it means next time anyone goes to use the machine it’ll be broken for them too.

Aside from the obvious breakage point (bad!), we often forget about the subsequent lowering of the weight after it has first been lifted.

Faya’s form tip #1: By exclusively pursuing this noisy and dangerous approach of throwing down the weights, the ogre is missing out on a vital part of the exercise – the eccentric phase. Rather than just letting gravity do all the work for you (i.e. where you just drop the weight as if ‘meh’), actually controlling the weight’s passage on the way down delivers significant benefit from a workout perspective. So, have a look at the brief explanation as to what the different phases are below, and then have a think about your own workout technique, and how you might apply it to the likes of press-ups, pull ups etc to squeeze that extra 25% out of your sessions! For more on this read here:

n.b. Faya’s considerate tip #5: Avoid being an inane ogre, by being gentle with the kit! 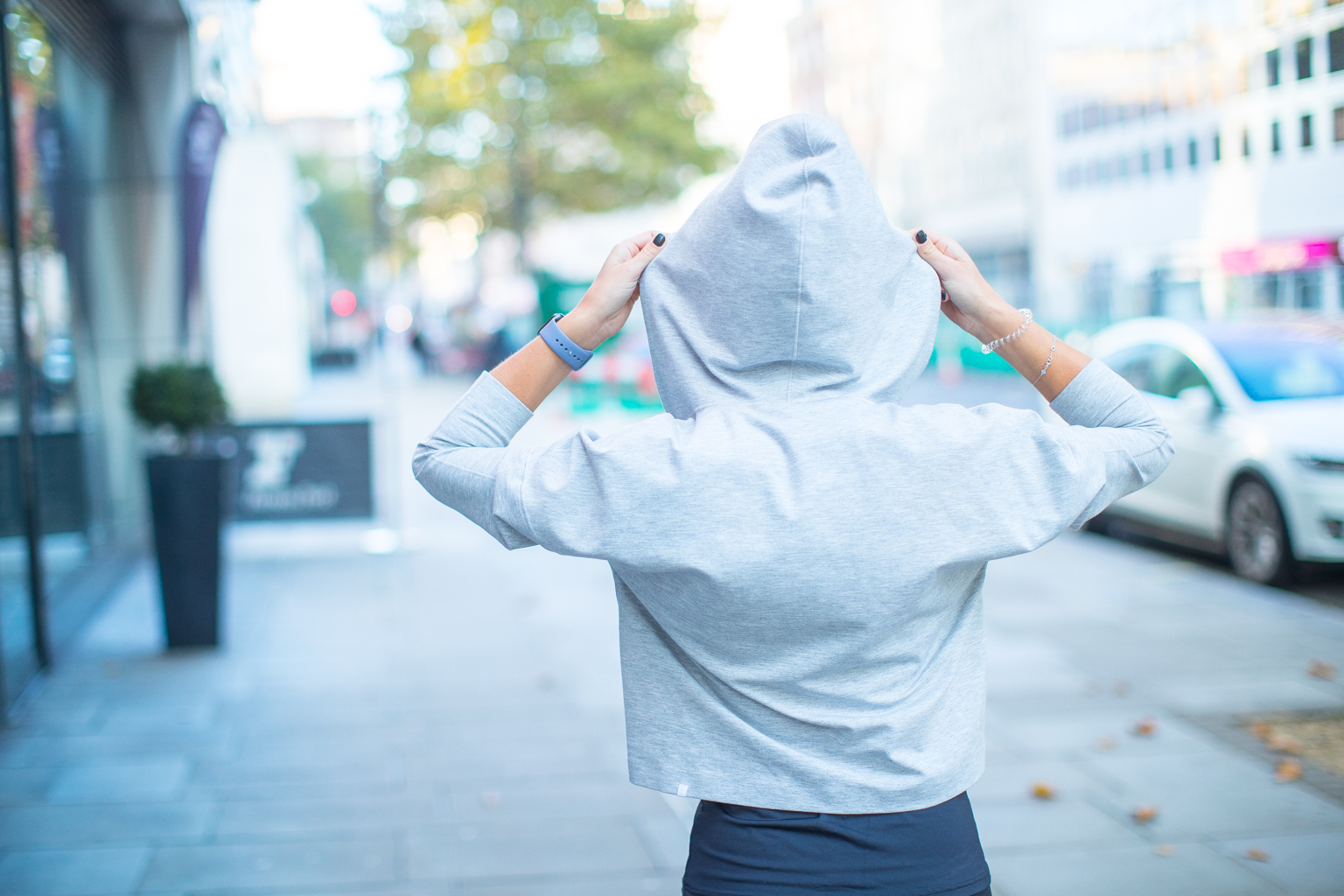 …who’s the vainest of them all? Turns out, loads of people are equally vain at the gym! I understand that for many people, gymming is in itself a narcissitically aesthetic pursuit (I disagree), but endless flexing…checking your reflection after every set in the mirror is unnecessary. It’s been 2 minutes my friend, nothing’s changed – trust me you still look exactly the same. Are you doing it for yourself, or perhaps for everyone else? They probably don’t think it’s cool either.

Faya’s form tip #2: On a serious note, a lot of people don’t know but mirrors are a very useful tool in the gym,  perhaps the most important tool. They are there to ensure your form and technique is correct when training. Observing alignment, monitoring pace, overseeing planes… these are all helpful activities involving a mirror. Auto-arousal is not.

Occupying one or several pieces of equipment for long periods of time is just inconsiderate.

Common scenario 1: It’s leg day and today I’m going to get my personal best on deadlifts. I’ve worked hard on this for weeks and I can’t wait! Only problem is the dude in the gym is doing not 3 sets, but 8 sets…. this is truly ridiculous as it’ll mean I won’t get a chance to do my deadlifts. Of course, in this instance you’d share. It’s something we learn at kindergarten – to share the toys. I could easily do a set IN BETWEEN his sets. That is gym selfishness and totally unacceptable! “ASK!” you say? I shouldn’t have to.

Scenario two: Two friends are training together and rather than share the squat rack they’ve taken two! And refuse to allow anyone to jump in to do a set in between their sets!!

Scenario three: This guy has some sort of Round-Robin circuit going on and has taken three machines which he uses back-to-back and in no way can anyone use them in-between his sets!

Faya’s considerate tip #6: I don’t know, be nice, or something. Just don’t man-spread the gym equipment – everyone needs to use it.

9) TIDY UP AFTER YOURSELF!

Perhaps you’re used to your mum making your bed, but in the gym, once you finish using something put it back where you found it. Thanks guys, walking up to the squat rack the first thing I have to do is remove all your weights! This is super mega inconsiderate.

Faya’s considerate tip #7: Also a little wipe down every now and again doesn’t go amiss. Most gyms have towelettes for precisely this purpose, and even a little sanitising spray. Disinfectant is a nicer thing to see on a bench than a dribbling shiny bacteria-laden slick of perspiration. :: shudder ::

And finally 10) BE PATIENT!

Aware that I currently sound like the worlds least patient gym-goer, but a little bit of patience goes along way. If someone is doing a set, perhaps wait before jumping in to grab a weight right beside him/her. I know myself if I’m on a set, I’m really focused, maybe its PB day and someone skirts in beside me and grabs weight…. It blocks my view of my form in the mirror, interrupts my headspace, breaks my concentration, makes me think about whether they’ll bump into me by mistake… this is all super distracting, so just take a moment and jump in when it’s safe to do so! 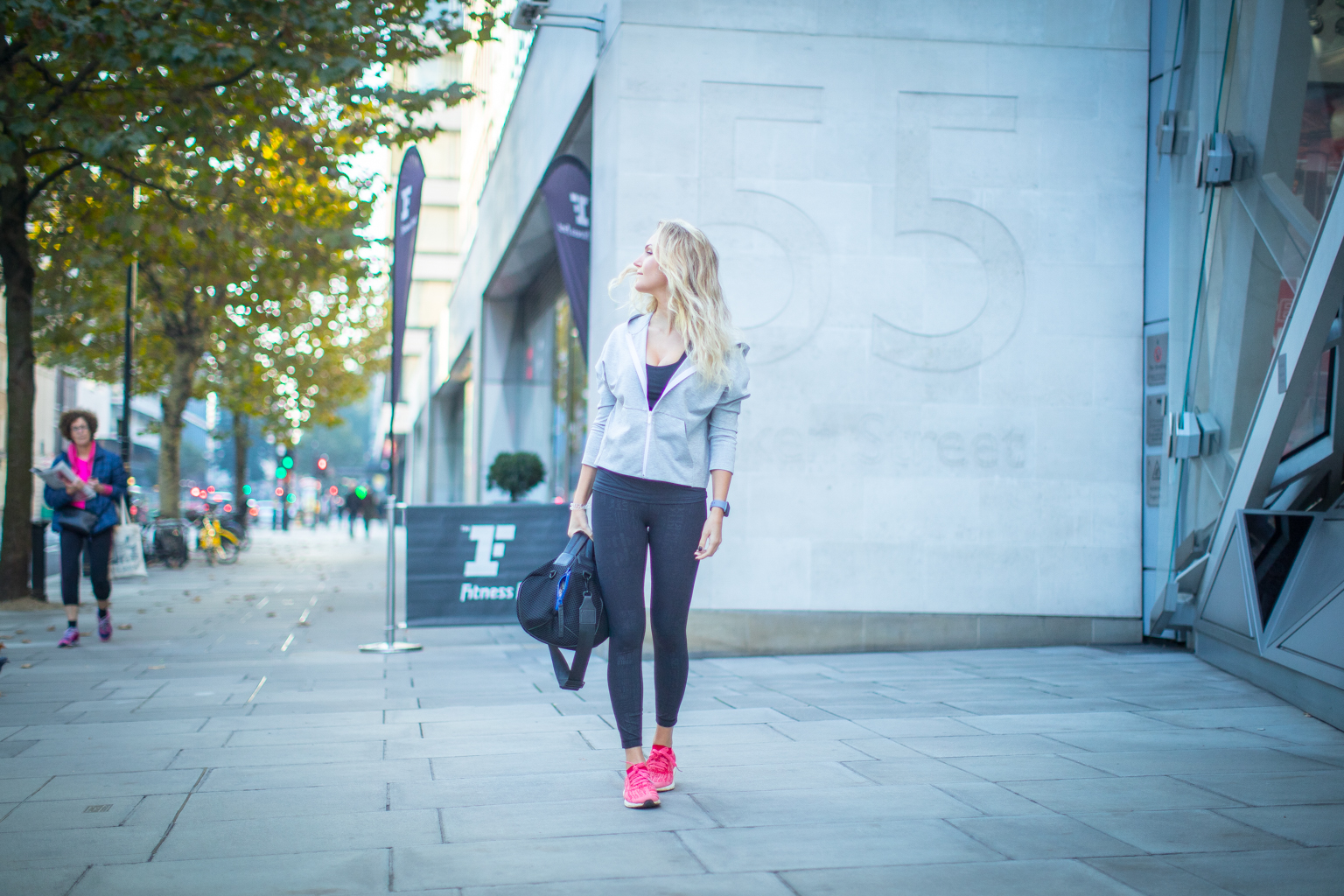 Well, that’s all for now. Only another 250 pet peeves left on the list, but that’s enough to start things going…

Thanks for reading my vented-scribbles of fitness frustration, and if you have any more to add to this list, PLEASE PLEASE write them in the comment section below! I would absolutely LOVE to know what ticks you off at the gym, because I’m probably the same too 😀