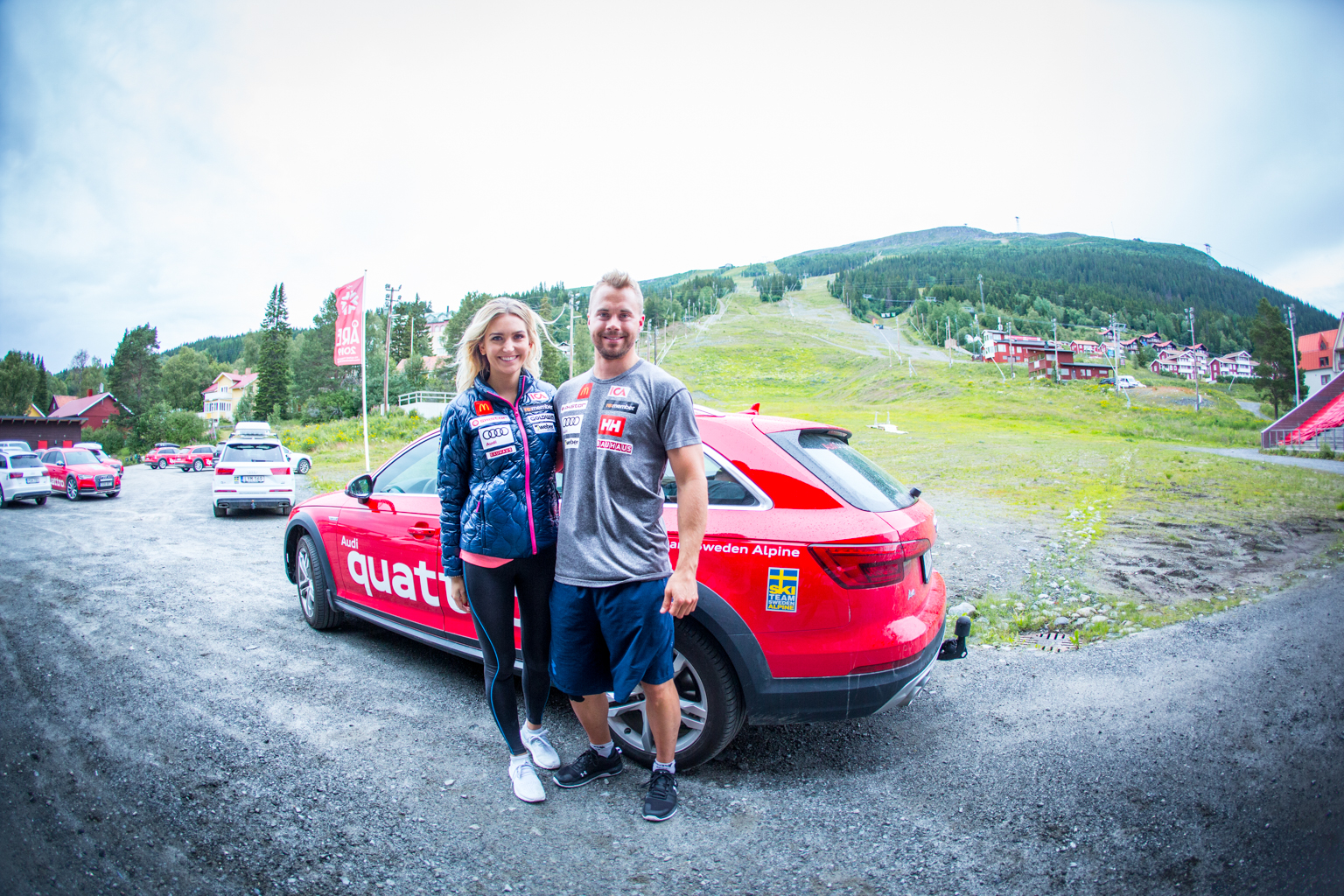 Last month, I was incredibly fortunate to meet some of my country’s top Alpine athletes at the HQ of Ski Team Sweden in Åre. Amongst them, I spent some time with Matts Olsson, a World Championship medalist and one of the top male FIS World Cup competitors from Sweden, with a specialization in Giant Slalom. He’s an ultra-experienced hand on the circuit, powering through 9 seasons, and has just had one of his best in 2016/17 with two podium finishes. It struck me that the younger members of the team really look up to those who’ve given battle alongside the international legends of the sport, and Matts wears his experience with great wisdom and humility. It was with great pleasure that I sat down to ask him about his training, his mental approach, his diet, and his ethos on competition! Here’s what I learned… 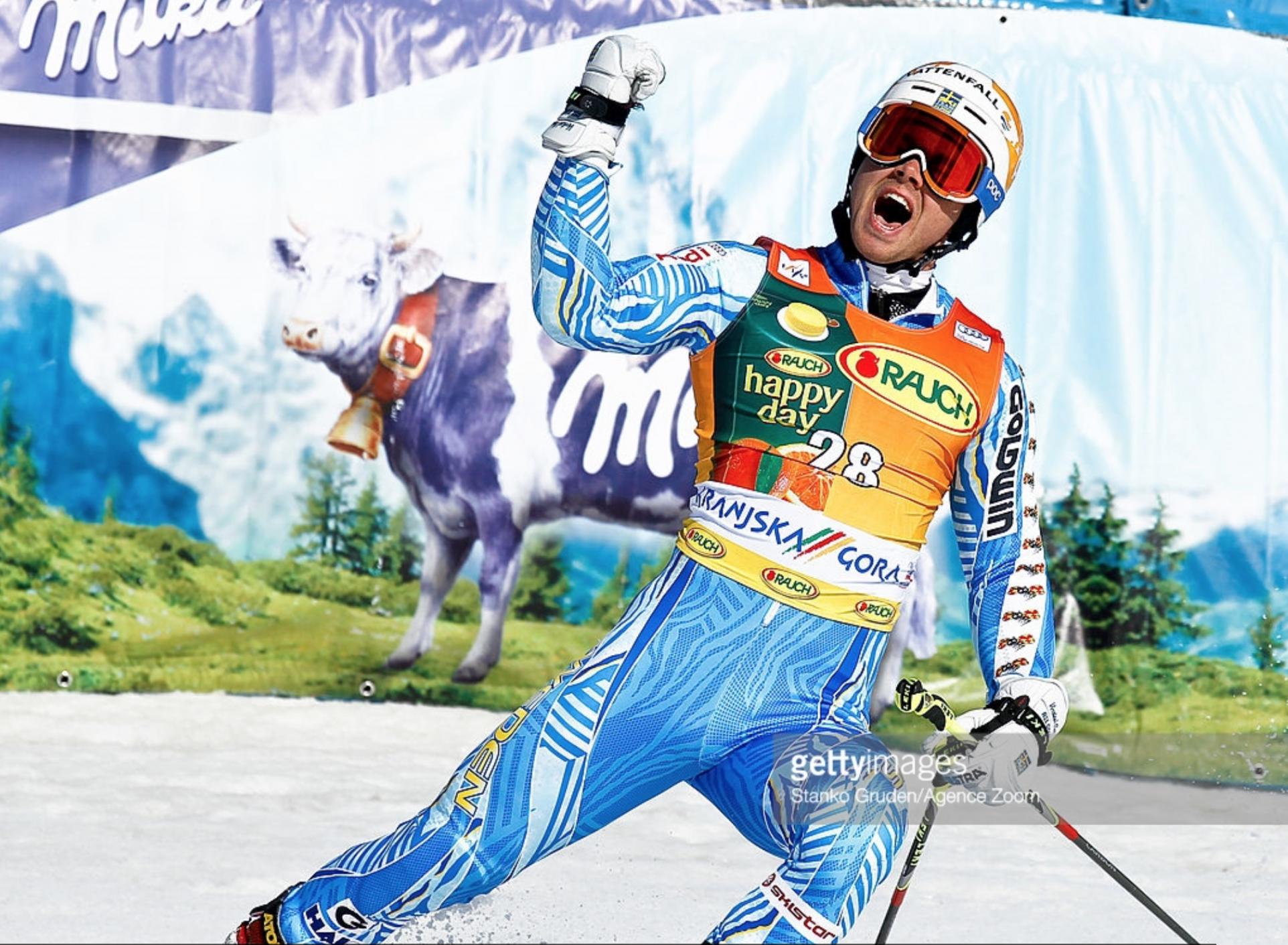 F.O.T:  Can you say how you get into skiing, your background?

MO: I don’t remember the moment I started to ski but I’ve seen photos, my parents told me I was 3 years old. That wasn’t in Are, I was from way more South, the slopes aren’t that fantastic! I grew up close to Karlstad, which was the main reason I started to ski because it was convenient! My parents weren’t into skiing so much – they knew about it, they followed Ingmar Stenmark for sure, but they didn’t have any skiing background. I just started, and then I started to like it!

F.O.T: Do you remember when you realized you loved skiing?

MO: At an early age, I knew that I wanted to be an athlete. I didn’t know skiing was my biggest passion. I played soccer, hockey, and skiing. It started to become obvious at the age of 11 or 12. I did all the training with gates, but I used to do free skiing in woods with friends. That was the biggest love, the feeling of being free! When I chose skiing 100%, that was because, in the hockey arena, I wasn’t as free as I was on skis!

F.O.T: It’s much more a solo sport, vs a team sport in hockey. Is that how you see it?

MO: Yes absolutely, that fitted my personality better, to do it alone. I don’t know why but that’s the way I am! Now, when we’re in Ski Team Sweden, to be out with the guys, that’s 80% of the fun. I’m super lucky to have team mates I really like and like to spend time with them. 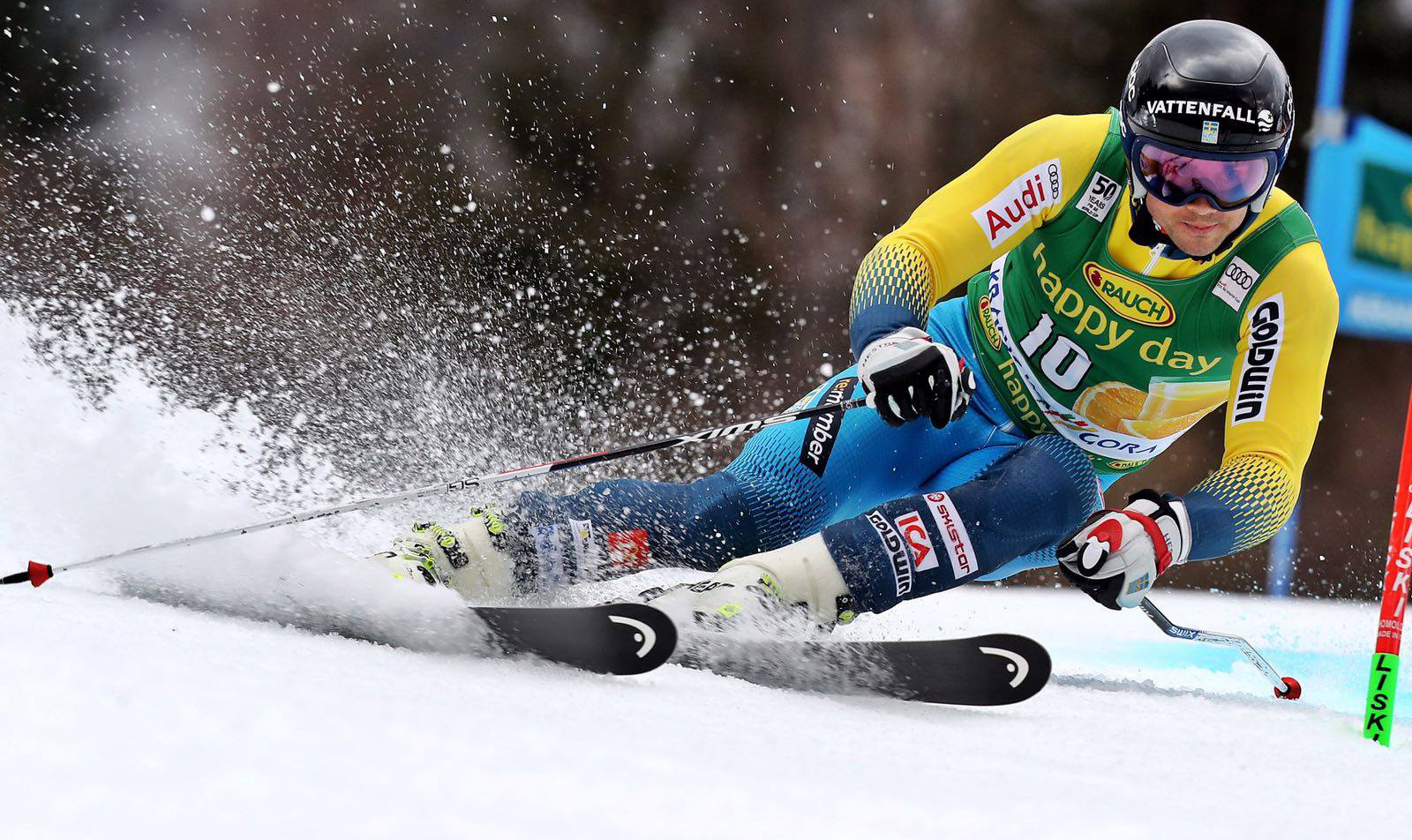 F.O.T: How much of an athlete do you have to be?

MO: It’s hard for people to know. What you see is that you start on the top of a mountain and you ski down! And if you’re used to skiing on easy slopes for your ski holiday, it doesn’t feel like a big deal. But when you start to ski World Cup slopes when it’s actually not snow that you’re skiing on, but rather ice… And then you in the turns, you can generate 3-400kg of pressure loaded onto your legs, mixed with bumps that you don’t see and an uneven surface that takes a lot of balance to correct… Alpine Ski Racers won’t be best in any single discipline of physical abilities, but in the big picture, an alpine skier will do really well overall.

F.O.T: How do you train for that. How does a week look like in training?

MO: That’s different from person to person. For me, I train hard for 2 days, then I rest one day, and I train hard for 2 days again, and then I rest one day again. I don’t work out for the whole week and take the weekend off; I’m more two-and-one. If I work on a weekend, so I work a weekend. I focus on endurance, strength, agility, a bunch of different competencies. The main focus is often core and legs. In the past, I used to separate the body part that I wanted to train and focus on that for the day. Now I mix it up more; I can’t explain why, my physical trainer knows why I do that, I trust him and I follow the program. 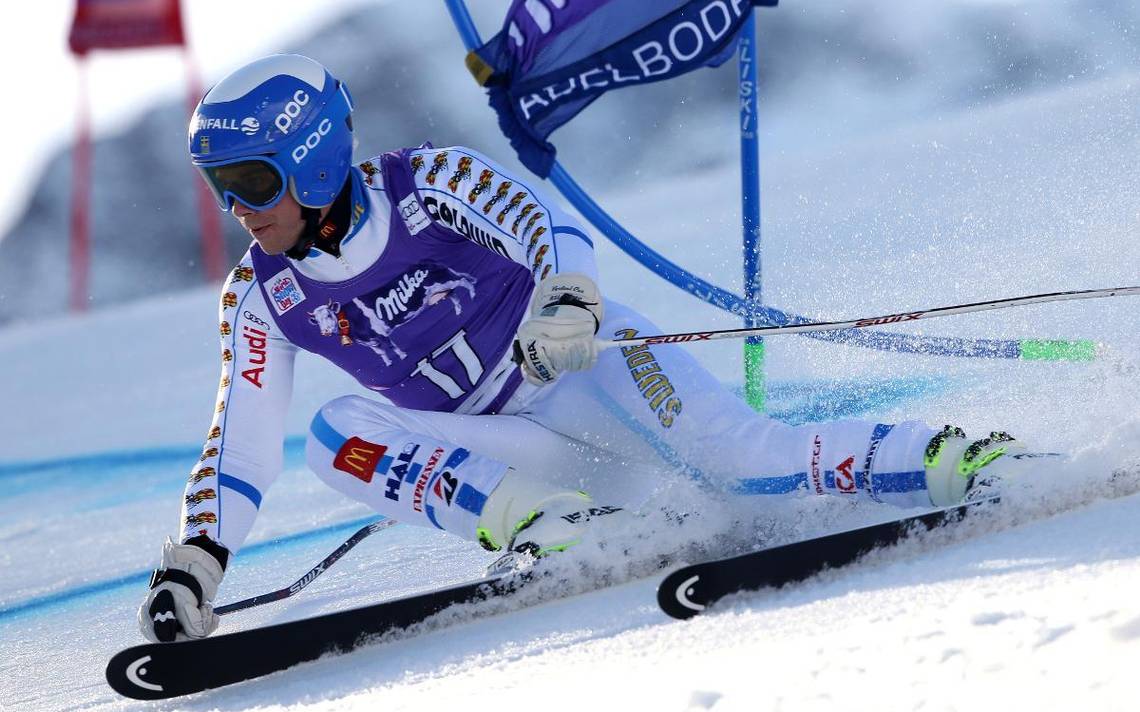 F.O.T: How do you fuel that, in terms of nutrition?

MO: I don’t break things down by macros and measure them by grams. I eat a lot, I try to eat healthily, I try to get the right amounts of food, but I eat what I eat. If I train hard, I try to eat a lot, and I see how I feel. If I’m losing kilograms, I need to do something about it; I solve to a body weight. You need to be good in a lot of different areas, but you only have so much focus, so I like to keep some parts a little simpler and focus on the things that I feel are more important to my training.

MO: I don’t know if I want to say, but I like snus every now and again, and I drink too much coffee I think. But that’s pretty much it. I don’t have to drink beer or eat junk food – I’m fine without that.

F.O.T: Mental focus; when you’re at the top of the starter gate, how do you fire yourself up to give it the most?

MO: Now I’m almost 29; I’ve done ski racing for a while. In the beginning, you try to find your way to see what’s working. You might think ‘it was a good race, what did I do differently?’. For many years, I learned how I wanted to approach a race mentally. Now my first step is to decide the day before that it will be war tomorrow, i have to go out there and be ready.  At the start, you have to get it fired up. I talk to myself with a few words, BEAST MODE! 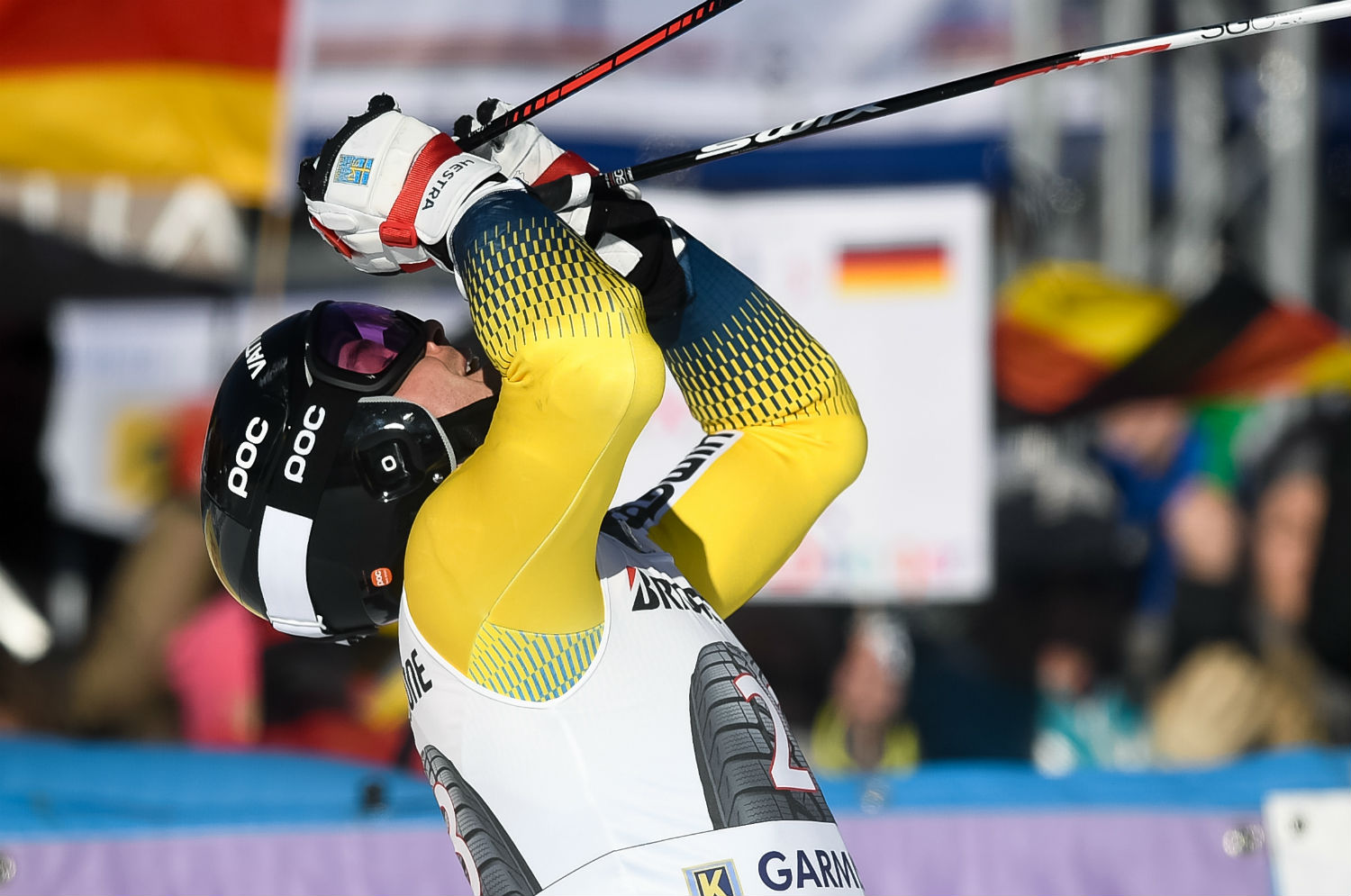 MO: Not now. I ski only Giant Slalom. I Don’t see that as such a high-speed discipline. When i was a junior and started to compete in World Cup, I did a few downhills. I was a good speed skier, but then I definitely felt the fear. The speed was fine, but the jumps were a nightmare, as I never felt so comfortable in the air. I never crashed in a jump, but I didn’t know how to do it! Then you start to ski too soon on the super tough hills with jumps that are too big. With a different gradual approach, it might have worked. But some of the downhill guys have a mental approach that’s slightly unhinged, and you need that to tackle some of those runs. They don’t see what could happen, they just go for it. They love the adrenaline.

F.O.T: Which slope was it that made you wonder…

MO: A couple of the big jumps in Val Gardena, Italy. There’s a huge jump, not the one by the finish, but the one further up (See video about that HERE). It’s not just a jump where things fall away, that’s normal; it then goes up again, so it’s a gap jump which requires a 60-80m jump. At the inspection, I didn’t fancy my chances on that. I only did one training run. I didn’t really ‘ski’ the top part, I was just mentally preparing for the jump and it was pretty exhausting! 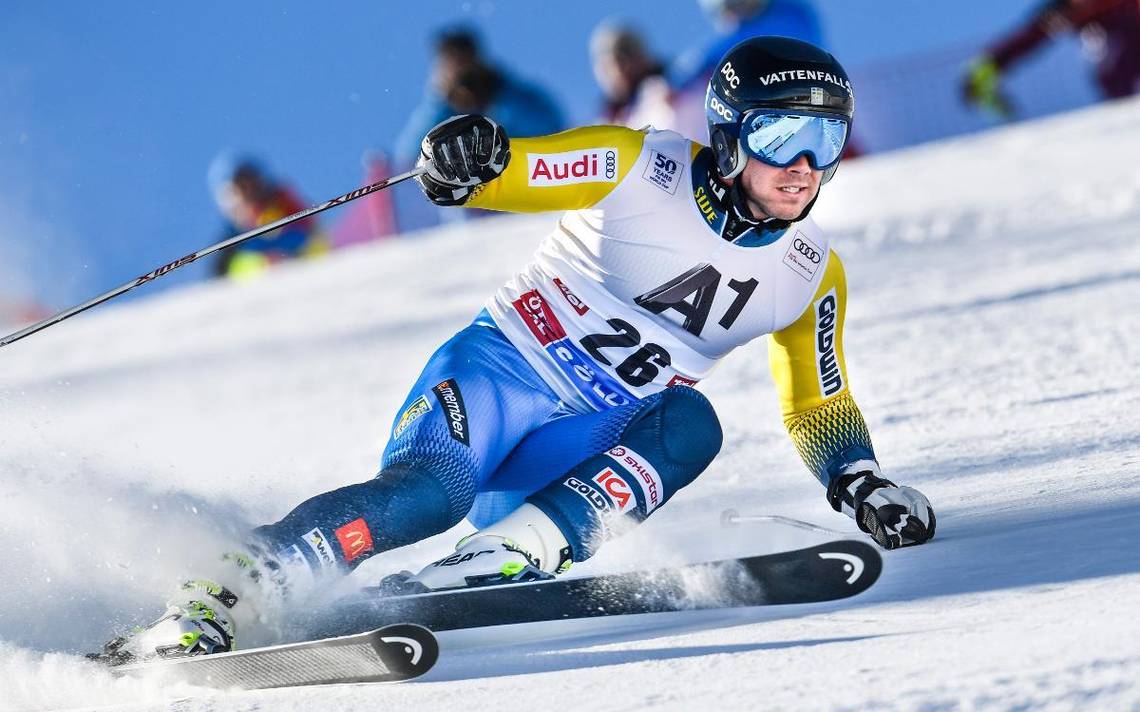 F.O.T: Have you had any struggles in your ski career, and how have you overcome those?

MO: As a kid, it was no trouble; I won races, and everything was fine. But then, later on, you have more difficult years where results aren’t there. After a few bad races, you get pretty down. For me though, I always have a day after a race where I’m disappointed, but then you keep on going and you believe in yourself for the next race. After a bad season – I had those for sure – I actually feel more motivated then, because I know I can do better.

F.O.T: A lot of people want to be healthy and to train, but struggle with motivation; Do you ever feel you just want to go back to bed?

MO: I never had a problem going to the gym. I kind of like it. I had an ACL injury a few years back, and before the surgery, I went to the gym, because that’s what I do. Then I suddenly felt ‘what am I doing here – I have no motivation because everything is so far away from skiing’. It didn’t matter whether I trained because I’d lose it all after surgery. I realized at that point that what gets me to the gym is that I have a goal. It’s the goal that gets me there. I want to compete in skiing, I want to do that well, that’s the goal, and that’s actually why it’s no problem to go to the gym. I didn’t realize that before the injury, but I knew it afterward. If you start to go to the gym and push yourself, at the end of the day, you have a great feeling at the gym that you’ve done something great today!

F.O.T: You mention the importance of rest. What do you do on a rest day?

MO: Sometimes I lie on the sofa and watch TV! Those are very few indeed though. In summer if I’m pre-season training, mobility takes precedent. If I go to the gym and do normal training, it’ll take me 2-2.5 hours. After that, I don’t really want to stretch, so I try to do that as its own session. I get plenty of sleep. I wake up and take an easy breakfast. Then I stretch, I do some foam rolling, focus on some trigger points with physio balls… I do that for more than an hour. Possibly 90 minutes. As an athlete that’s so important for me. 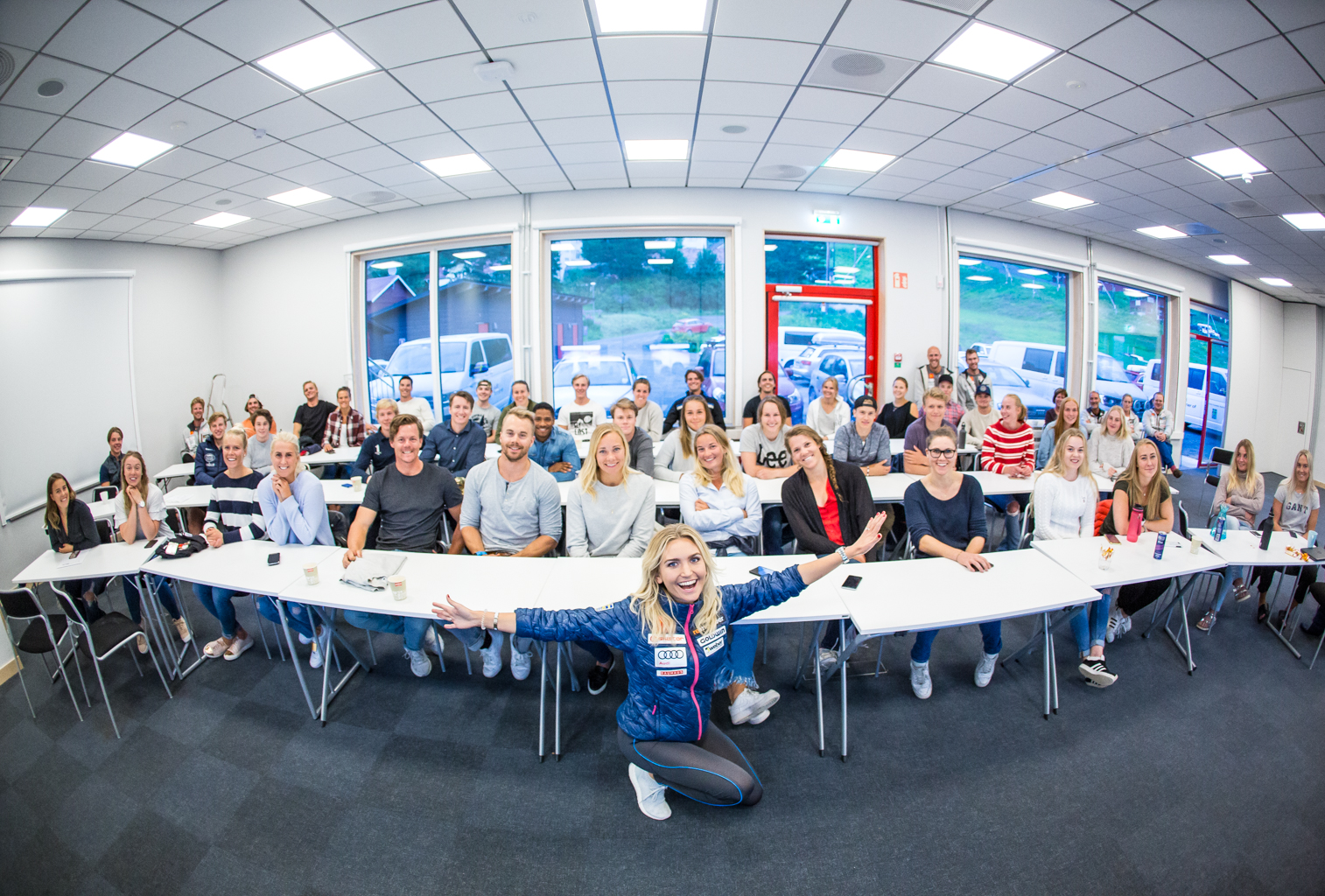 MO: When we go into pre-season mode, we get out really early onto the glaciers, we need to wake up early in the morning. 22:00 is late for me to go to bed. Also, I usually sleep for an hour in the afternoon before a physical session, sometimes 2 hours! You feel a little weird, a bit lost after you wake up from that, but it’s great in terms of extra energy for the next session.

MO: Since my injury, the warm up protocol is LONG! That’s why I stay there for so long, and is why after the session, I do stretching on the following morning, or I’d be there all day!

F.O.T: Your favorite course on the World Cup?

MO: Well, I scored my first podium in Garmisch-Partenkirchen, so that’s up there! When I started World Cup, it was Alta Badia in Italy, then it switched to Kranjska Gora, and then Beaver Creek in the States! I love Colorado, I love the snow, that kind of slope they have there, it’s so much fun to ski. If I were a regular ski tourist, I’d go there for sure!

F.O.T: Do you ski for pleasure these days?!

MO: Not so much. I still enjoy it certainly; if we have some powder skiing when we’re out, I love it. Then you get that wave of emotion and think ‘oh man, skiing is fantastic!’. When you ski red and blue gates all the time, that’s work. The reward is absolutely the results, and that’s fantastic too! 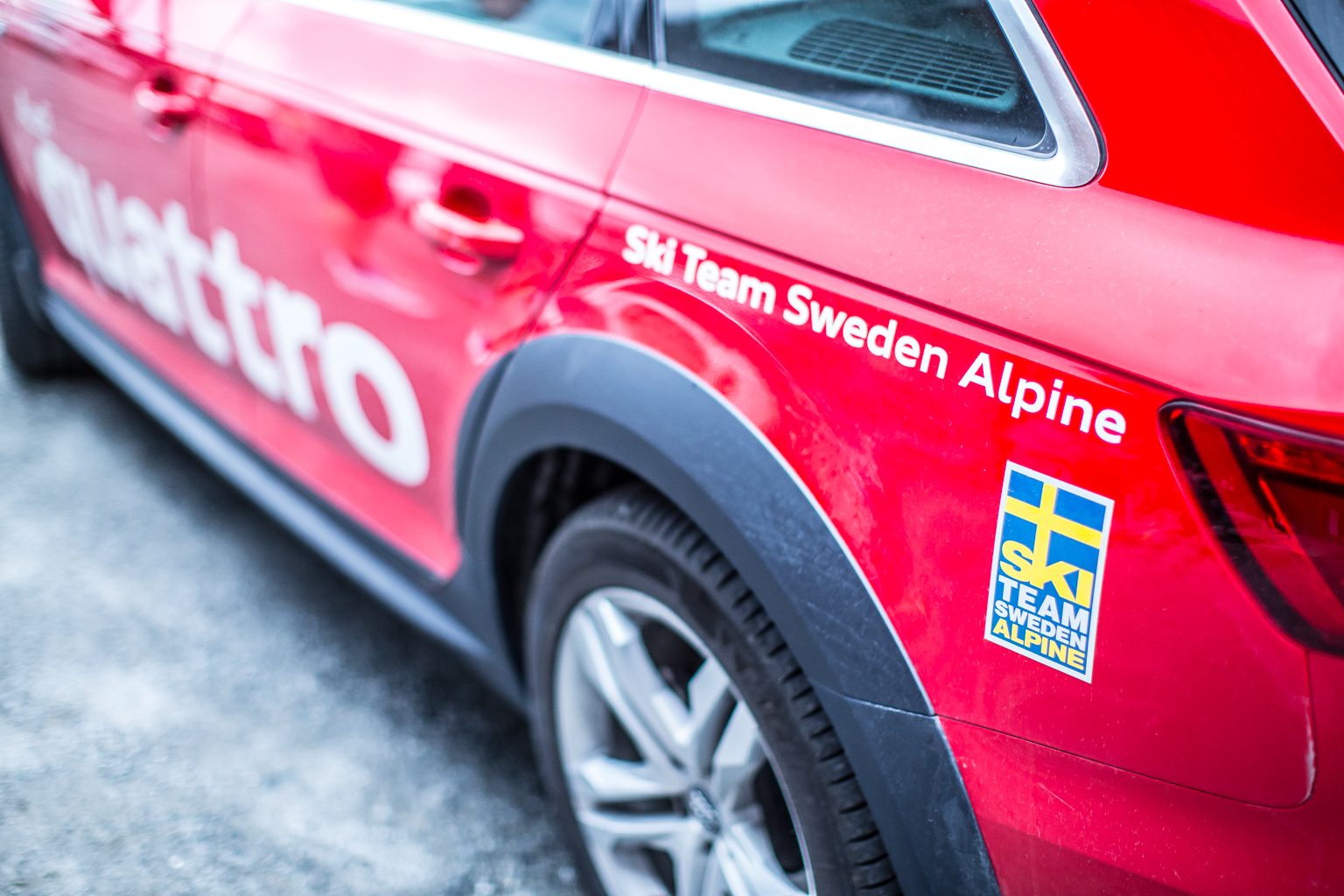 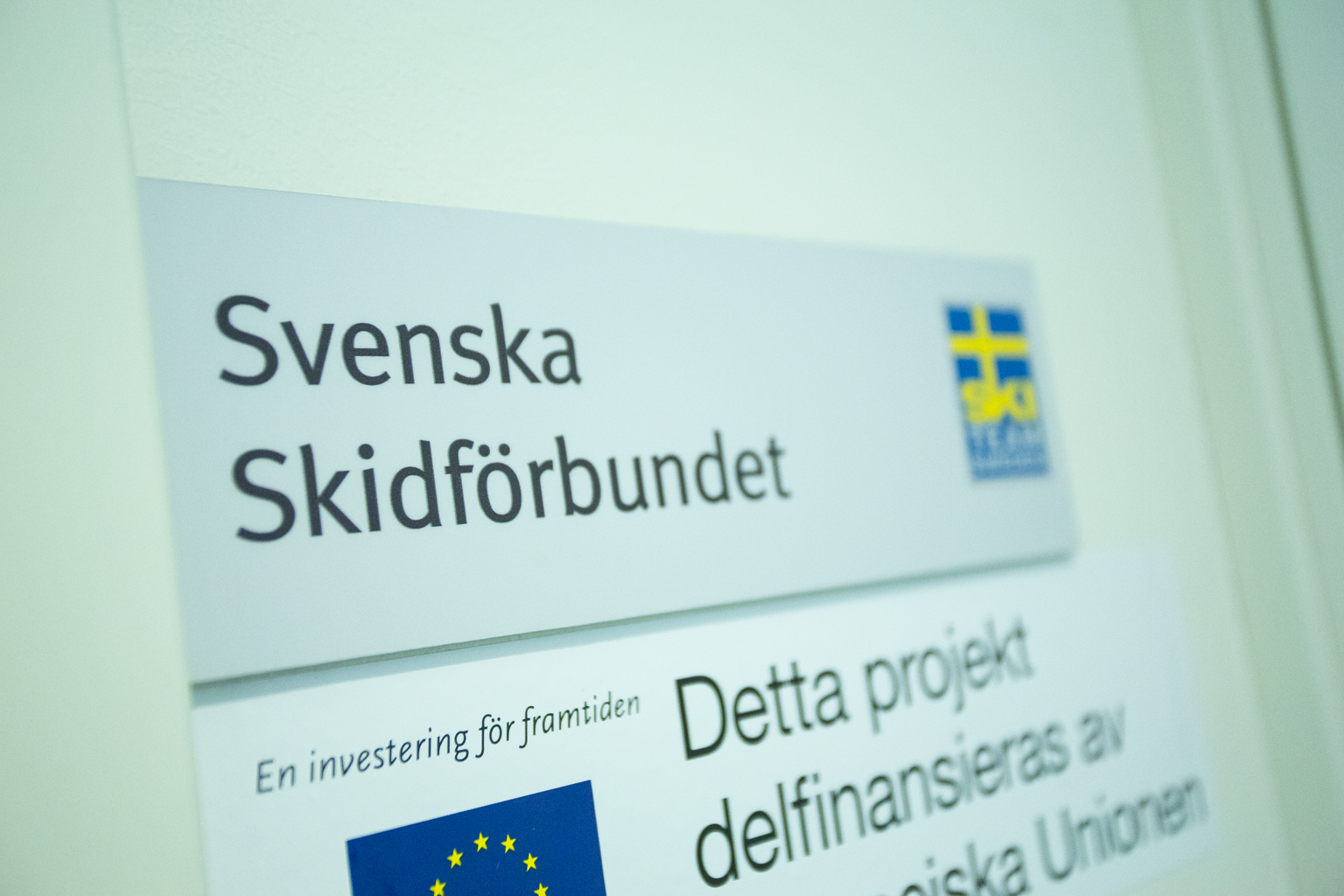 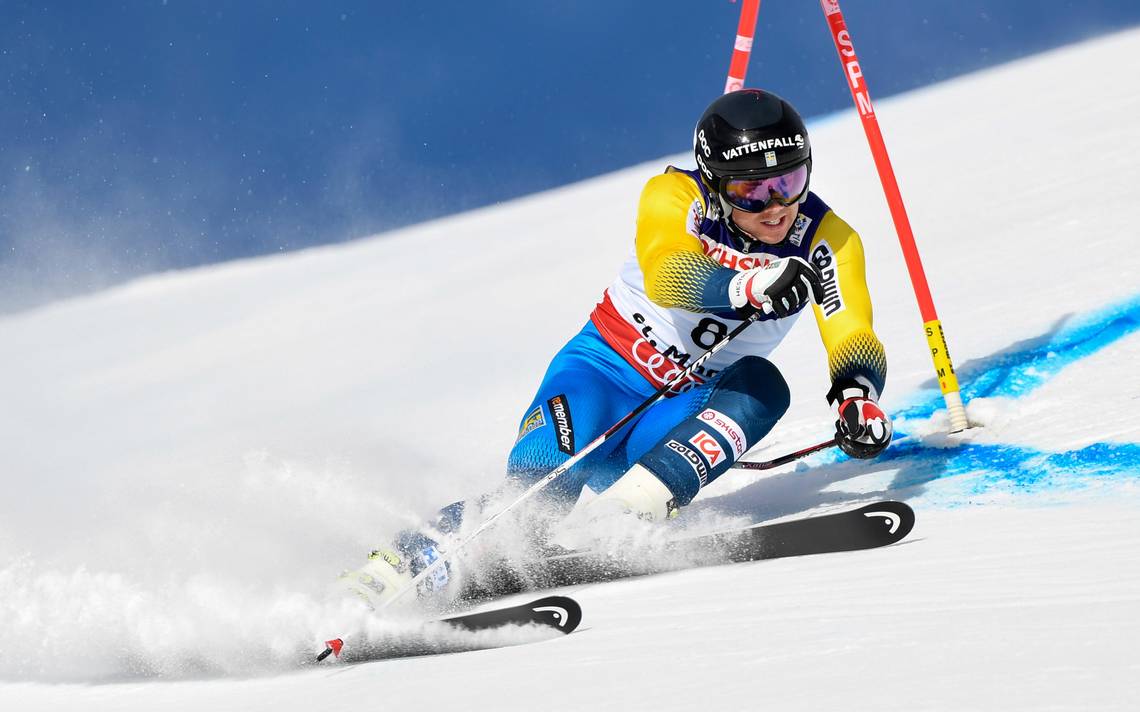 Follow Matts on his pre-season journey thru his Insta HERE and keep up with all the FIS World Cup online HERE.