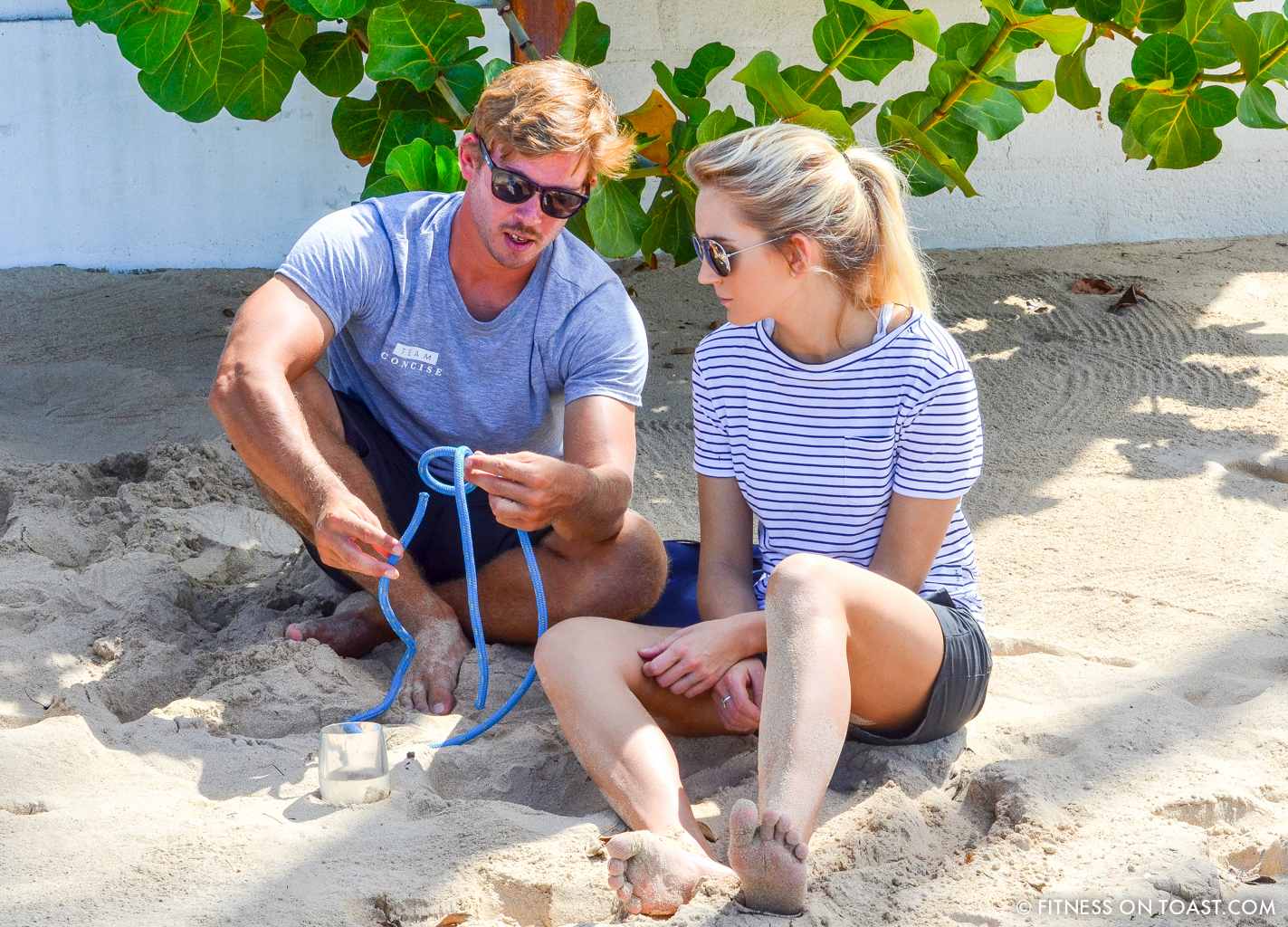 You might remember this post from my recent trip to Barbados as I learn to sail ahead of Cowes Week in August, where I’ll be competing with team Helly Hansen! Whilst trying to figure out my Spinnakers from my Schooners, I was under the expert guidance of Team Concise‘s Captain, Ned Collier Wakefield; an award-winning, record-breaking professional ‘Competitive Offshore’ Sailor, who I thought would be perfect to tell the story of the physical and psychological challenges, as well as the fitness requirements of doing his job full time! Click more to see our interview together, and see if it can persuade you to dip your toe in the water, so to speak 🙂 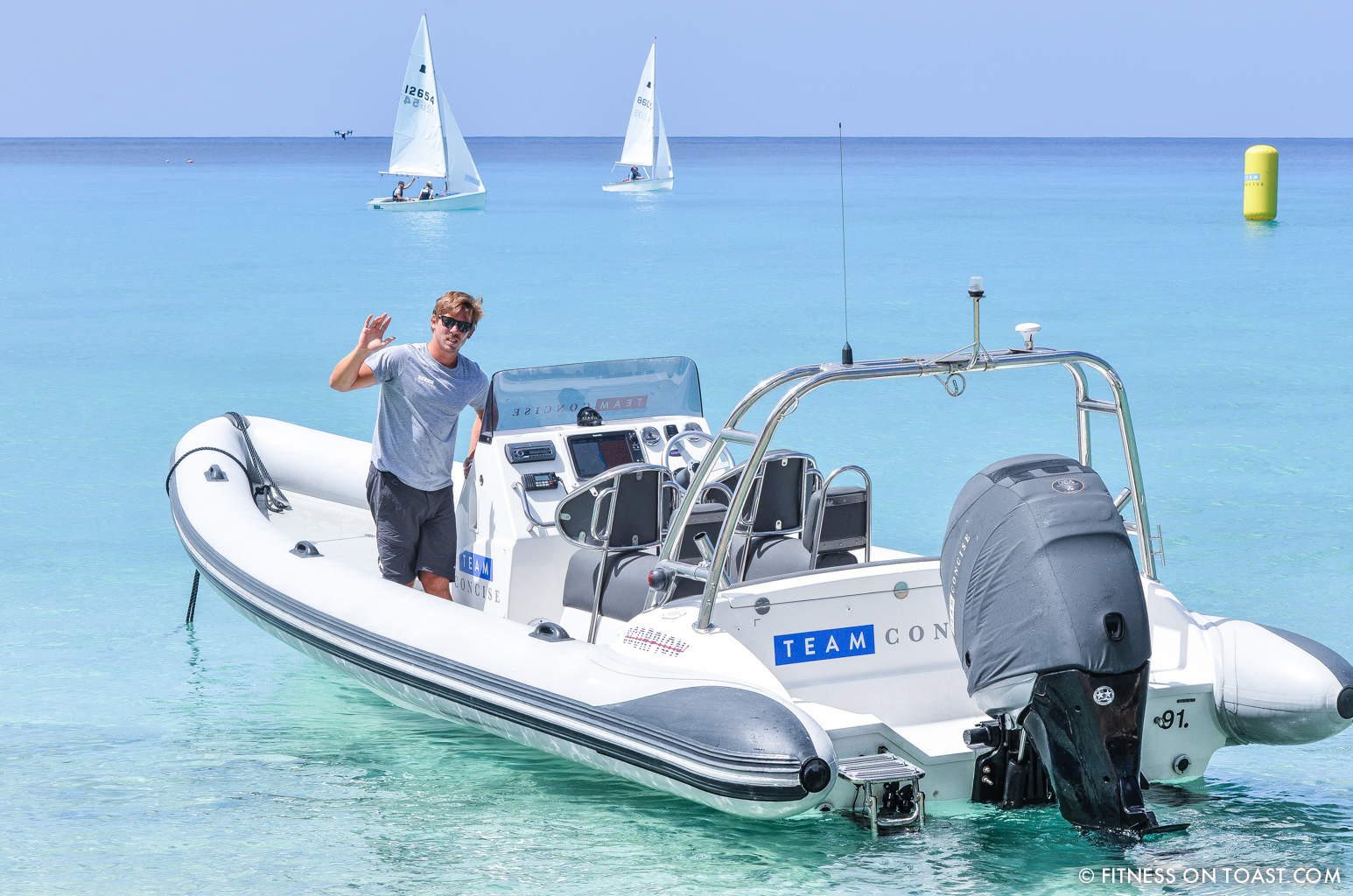 F.O.T: What originally introduced you to sailing?

I’m told my first experience of sailing was crossing the Channel when I was six months old, however my first memory was sailing when I was about three. My Dad has always been an enthusiast and a great sailor and has taken me on many adventures over the years. Needless to say, I caught the bug!

F.O.T: How long have you been sailing at a professional level, and when/how did you make the transition from hobby to career?

My professional career started ten years ago when Tony [Lawson] and I decided to start Team Concise. I was 18 and had just finished school. Tony presented me with this opportunity and I’ve never looked back.

F.O.T: Many would presume the wind does the work. How much physicality, stamina and mental resolve is required to sail at a top level?

Sailing is a very physical sport. Sure, the wind pushes the boat forwards, but to harness that power requires a lot of physical input, hoisting sails that weigh 100kg up to 30m in the air, trimming on sheets with up to 5 tons of load on them are just a couple of examples. On top of this there’s the continual stress from the violent movement of the boat at high speed, combined with the lack of sleep that make it very physically demanding. 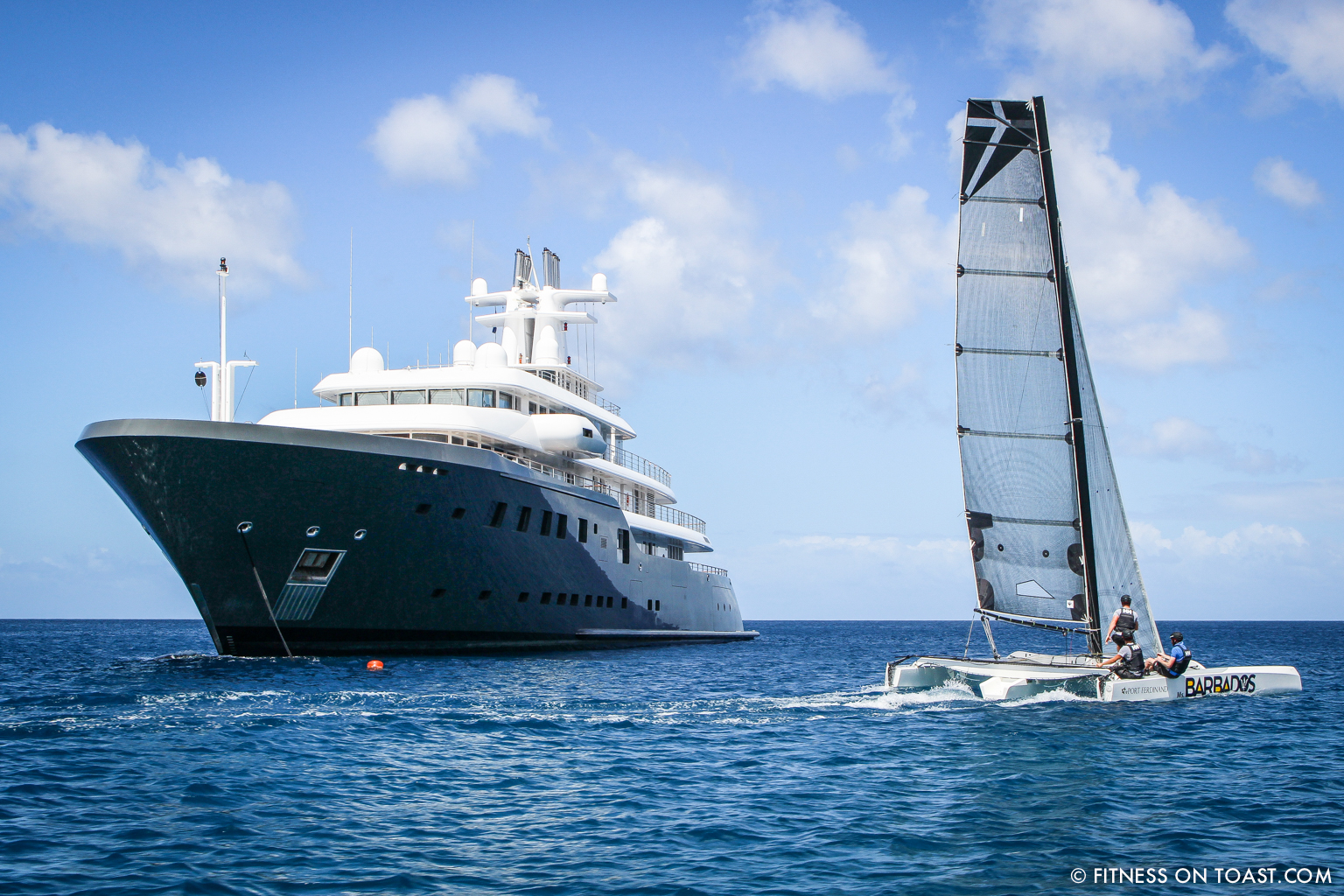 F.O.T: What does your regular training routine look like?

Fitness is really important for sailing to ensure we have the strength and endurance to sail for long periods of time, at the top of our game. As a team, we try to weight train in the gym every day, as well as an aerobic session. It’s important to change it up and keep it exciting, so things like road cycling are great, it’s easy to take your bike along in the container when we’re away from home and its also a non-impact sport, which means I can do as much as I want without the risk of repetitive strain. We also do at least three hours of sailing specific training on the boat, every day. Whether it’s coming up to a big race or spending the winter training in Barbados, it’s so important to get time on the boat with the team.

F.O.T: How do you prepare for a long journey, both physically (e.g. what sort of training & nutrition) and mentally?

You often lose weight in some of the longer offshore races as you’re often running at a calorie deficit, both working hard and struggling to eat enough in the extreme environment. To account for this and maintain performance throughout the season, we aim to peak with body weight before a race, this also has benefits for strength too. 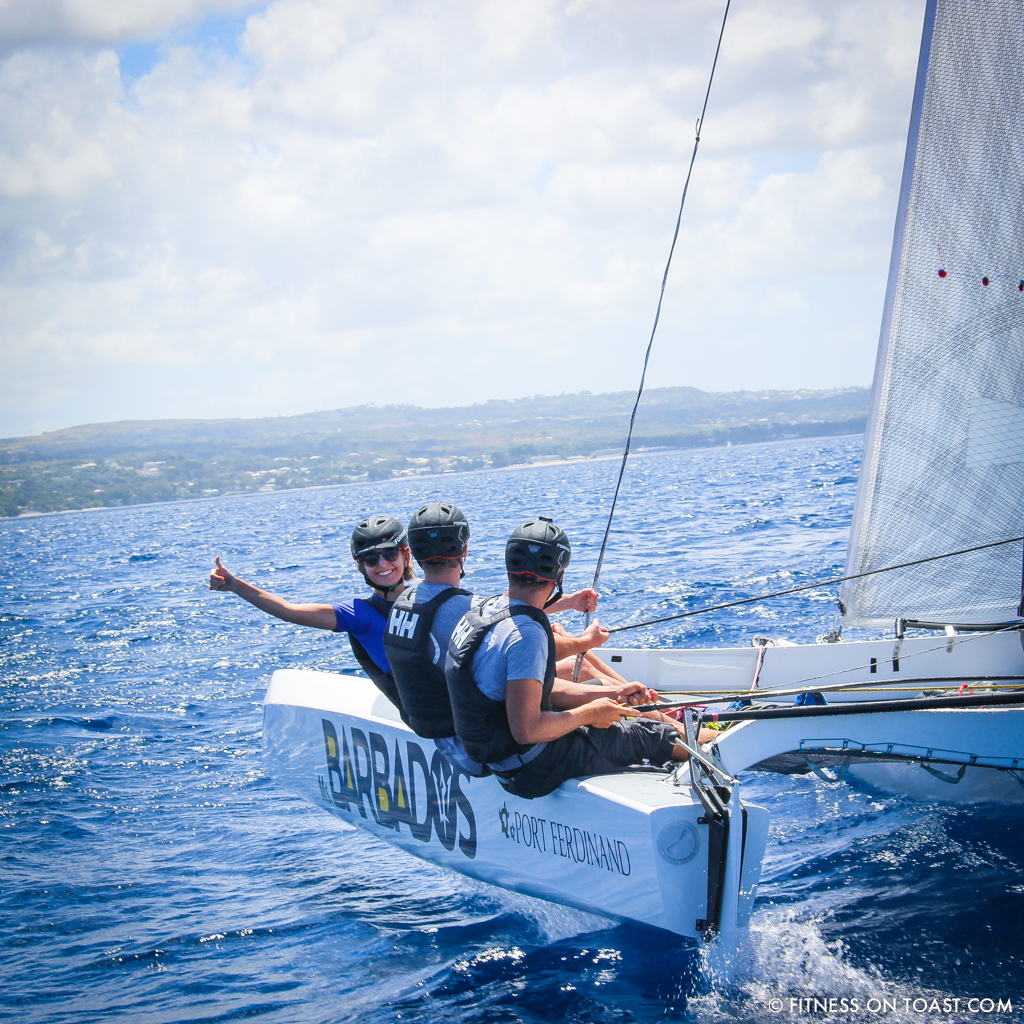 F.O.T: How many calories do you typically consume in a day of sailing across the Atlantic and what do you eat?

On average you expect to be burning in excess of 5000 calories a day when you are racing and it is difficult to eat this amount, especially in the harsh environment. Our staple will be freeze dried meals which we rehydrate with hot water, this means we can save the weight of water from the food and instead produce de-salinated water as required. Specially made granola protein breakfasts are a treat and we try to snack on things like nuts, energy bars, dried meat, dried fruit etc.

F.O.T: It sounds like an utterly exhausting trip both mentally and physically; why do it? In your mind what are the best parts?

I guess its like any endurance sport and for me, the highs far outweigh the lows. It may be tough at times but for those spectacular moments that you wouldn’t find anywhere else and the sense of achievement when you win a race that you’ve worked so hard for, its all worth it.

F.O.T: Any hairy moments? Near-misses, capsizes etc? How do you recover from that sort of experience?

The 2011 Transat Jacques Vabre, I was racing to Costa Rica with my good friend and co-skipper, Sam Goodchild on our Class 40, Concise 2. After seven days of racing we had worked our way through two large low pressure systems and had taken the lead. By the time the third low pressure system hit us, the waves were about 8m and seriously confused. We gybed in the center of the low to make the most of the shift, but hours later hit a floating piece of debris and suffered serious hull failure. At the time of the incident we were 200 miles north of the Azores and had a 24-hour window before the next depression. The difficulty was that we had to sail the boat fast enough to get to the islands before the storm, but also try to keep the boat together, providing us with a fairly stressful 24 hours! 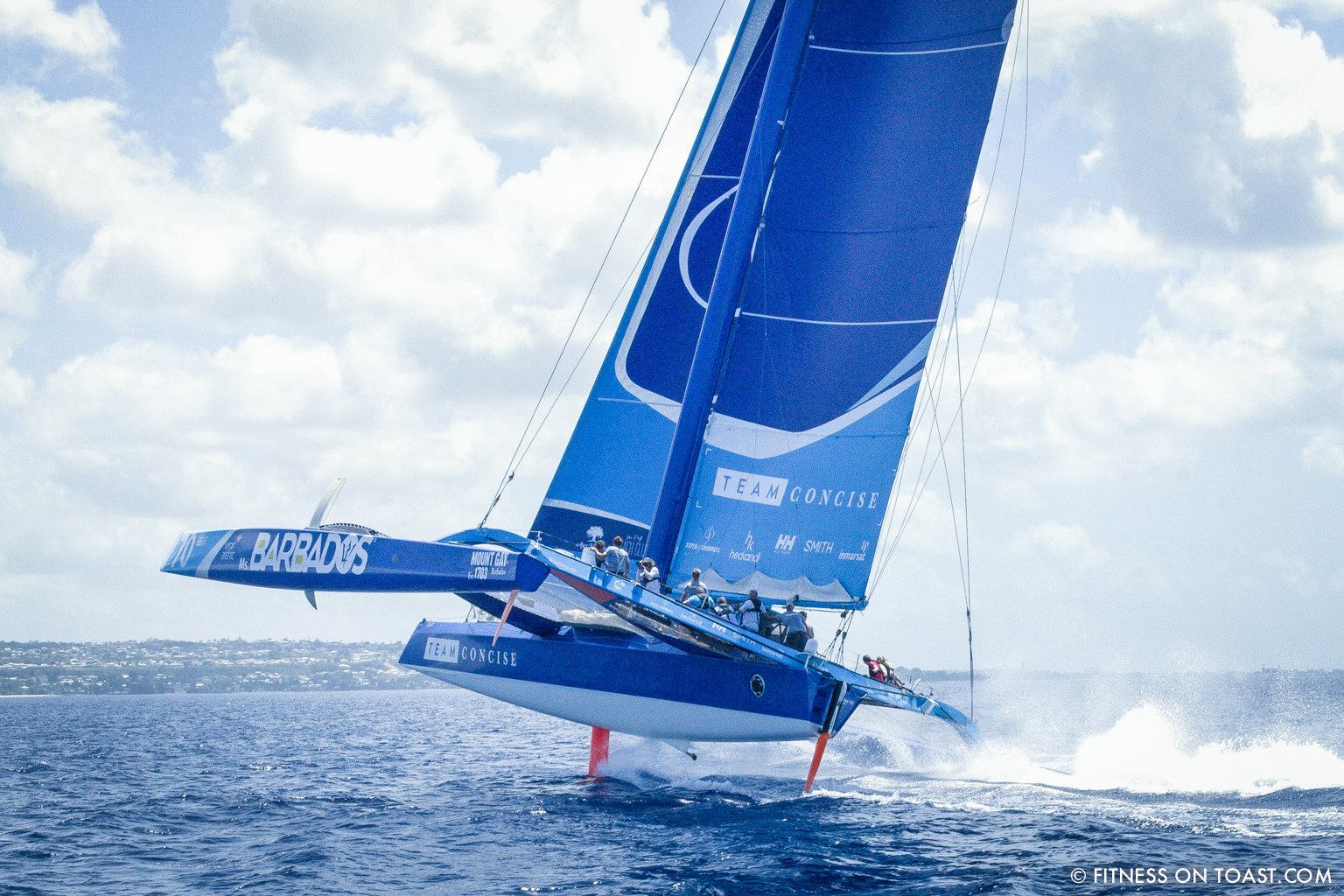 F.O.T: What’s next for you; where do you want to go with your sailing?

We’ve got a packed sailing/racing schedule for the summer, which is very exciting. We’ll be following the RORC season and obviously Cowes Week in August. We have the new Diam 24 which we’ll be training and racing as much as possible, focusing on the Tour de France a la Voile in July. Our two Class 40s will also complete a full season and of course we will be spending a lot of time on the MOD 70. We’re very much looking forward to spending more time competing against the other big players, such as OMAN and Phaedo.

F.O.T: For anyone who has never sailed but want to get into it what are your top tips?

Ask lots of questions! And try all the different types of sailing you can, being versatile is a valuable skill in whichever discipline you choose and there’s no substitute for time on the water. If you get the opportunity to sail with some of the biggest names and most successful guys, make the most of it, they’re always keen to pass on their advice and skills.

F.O.T: If you weren’t sailing the MOD-70 around Barbados, what would your other dream job be?

In 2008, I decided that I should have a Plan B – not because I didn’t want to sail every day, because I absolutely did, but just as a backup. I went to university and trained as an Architect – however, I’ve never used my degree and don’t really plan to! 🙂 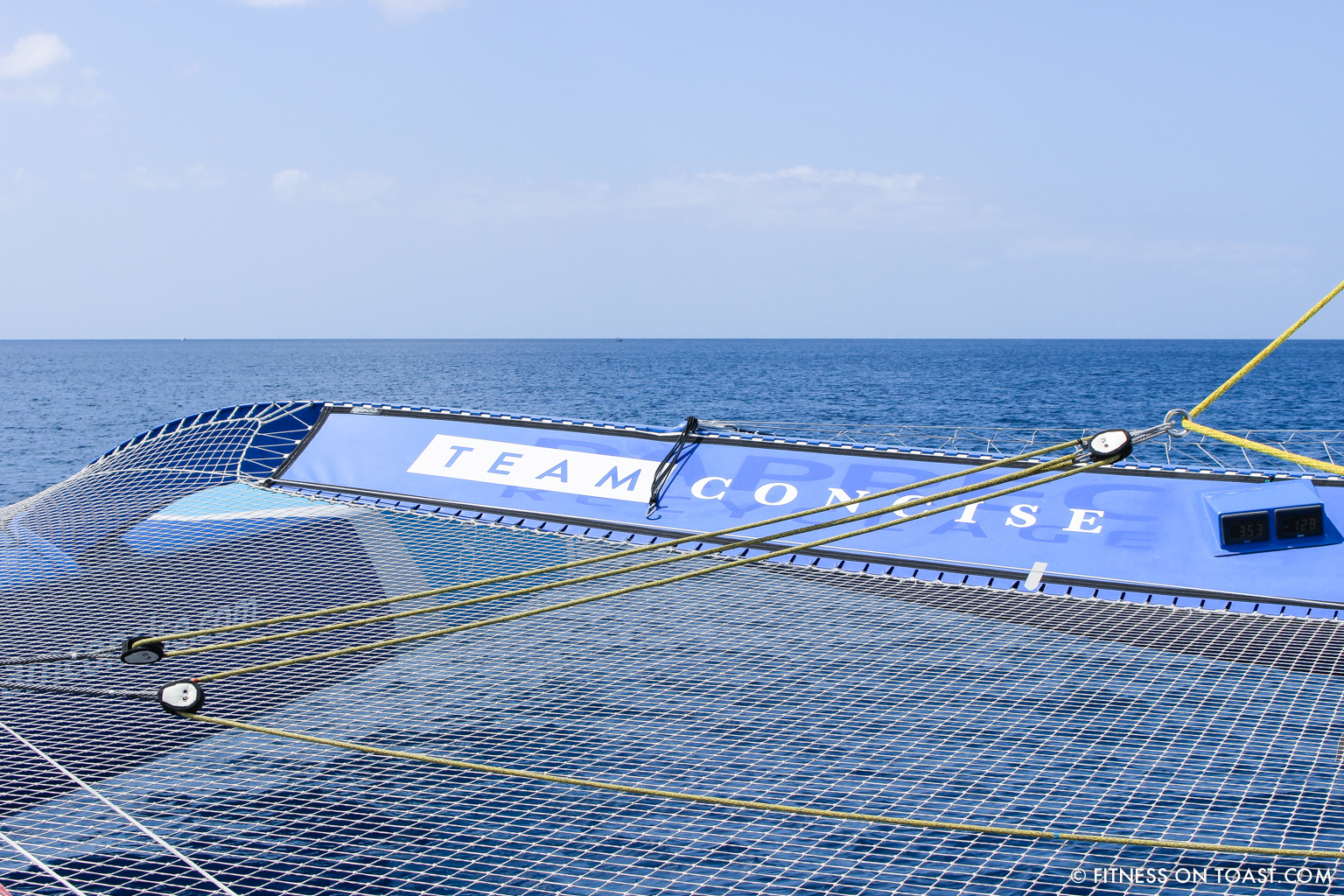 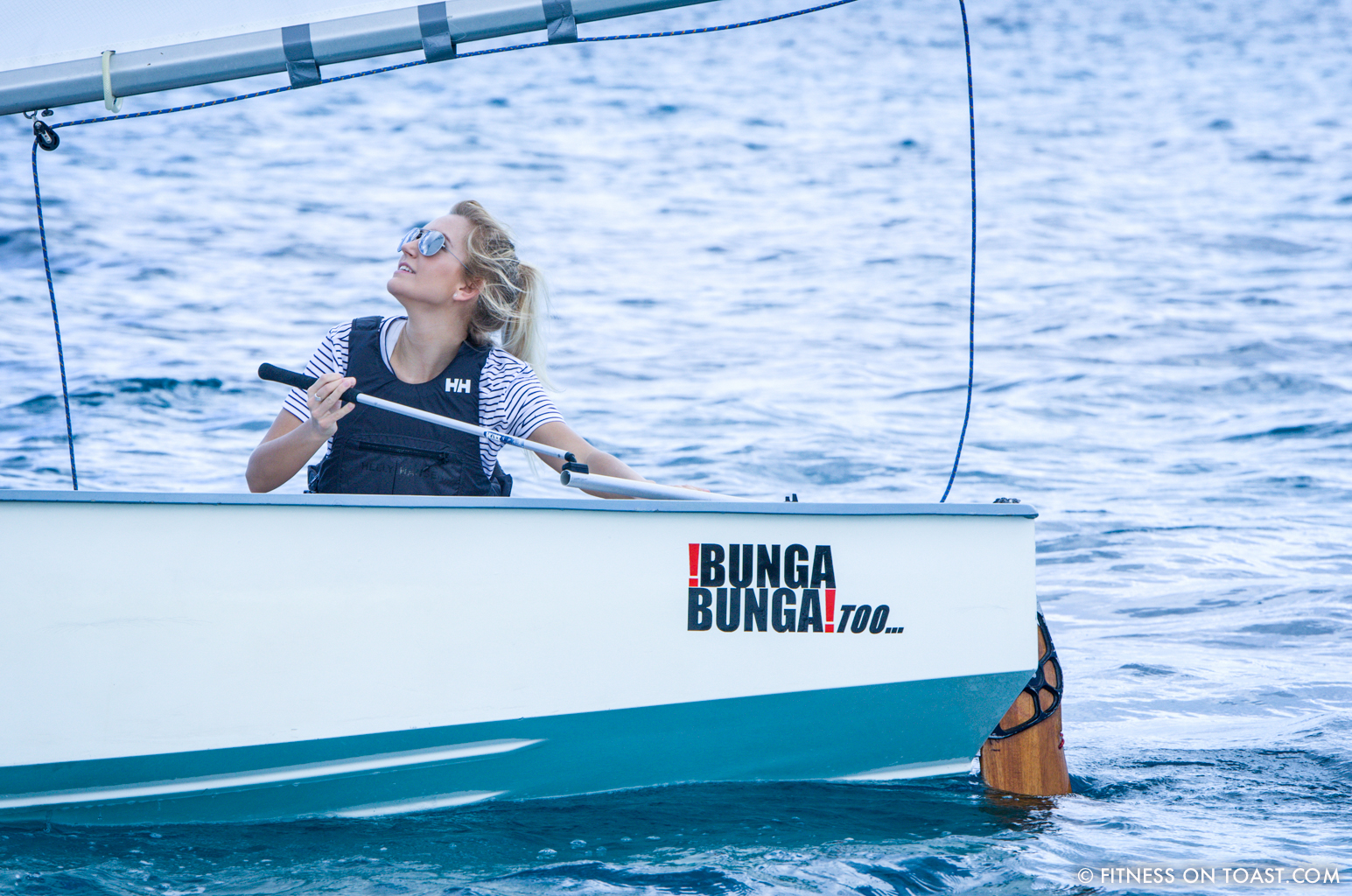